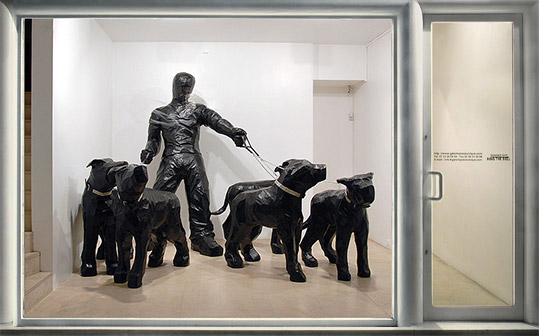 Having started by directly carving tree trunks with a chain saw, Cyrille André, graduate from the Beaux Arts in Grenoble, outlines in a minimum gesture, a monumental works.

The titanic and rough character of each sculpture surrounds each other with unexpected melancholy and sweetness raised from the tender smoothness of the postures he is giving to them.

Until 1999, Cyrille André produced mainly animal forms. Then, his massive energetic bestiary comes close to semi-giant hybrids, taking a human form: provocative women with resin stomach and leaden boots, men and torturers, stiff and densely built-up with leaden shorts, abandoned tortured figures hanging-up dislocated. « I long for not being in scale one. It has to be bigger or smaller. This change of scale allows to take some distance from the daily life reality, helping an open interpretation of the work. On top of all, making large sized sculptures requires a physical commitment which takes part in the dynamism of the shape ».

The original idea is to be exceeded by the material. This relation with the material finds its result in the choice of using wood, whose, even once cut and carved, ages, changes color, splits… A wooden skin cut up with a chain saw, « quasi » right on the tree, in a marbles game vivified through the movement.

For his second exhibition at the gallery PIECE UNIQUE, the artist wants to go to the essential; return to basics, primitive. He’d rather work on the expression of feelings than a specific representation.

At PIECE UNIQUE VARIATIONS, in a new loneliness, man remains accompanied by dogs: reference is made to the dogs of streets, companions of the homeless. They are in group but still alone. They wait, tired, their neglected body at the feet of their master.

At PIECE UNIQUE, Cyrille André carries on with this dialogue between men and animal within a dreamlike universe using different materials (laminated polystyrene and black resin) and setting it in a totally different universe: five watchdogs manufactured as consumer products, are presented in the gallery, such as design objects; they are the reflection of fashion. These dogs, developed breed from German mastiff, beauceron and pittbull, are transgenic brothers, clones whose morphology is being studied to answer aesthetic criteria. They are body-built, mold by the surgery and genetic crossroads. They are luxury goods, displayed to show off their owner’s splendor. Their number, their big size and their imposing morphology symbolize his power. 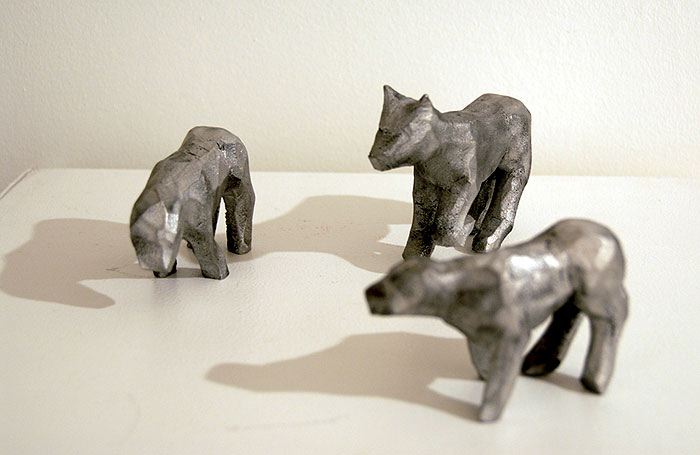 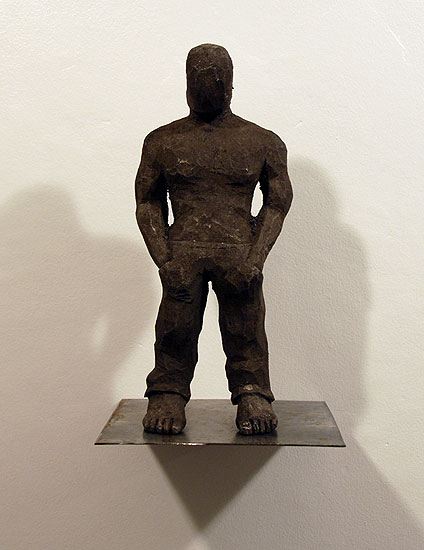 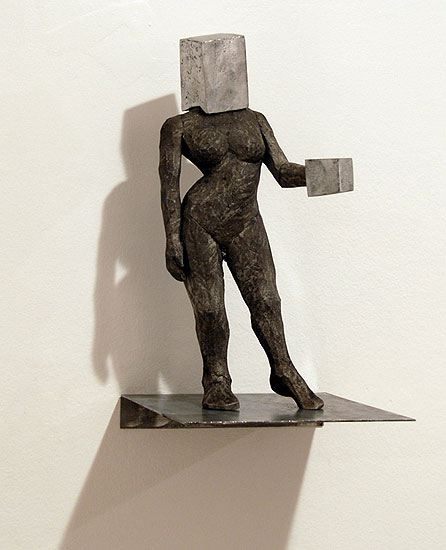 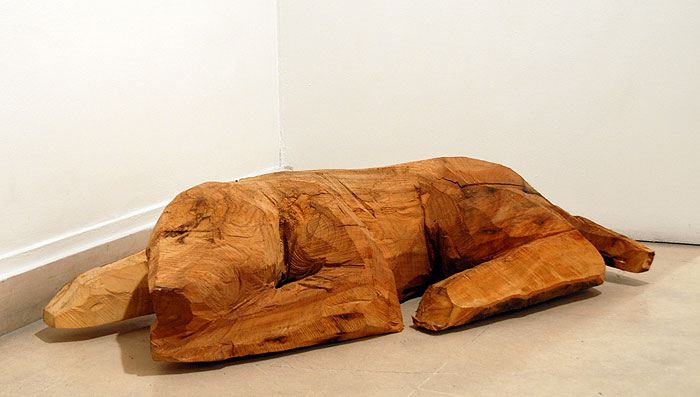 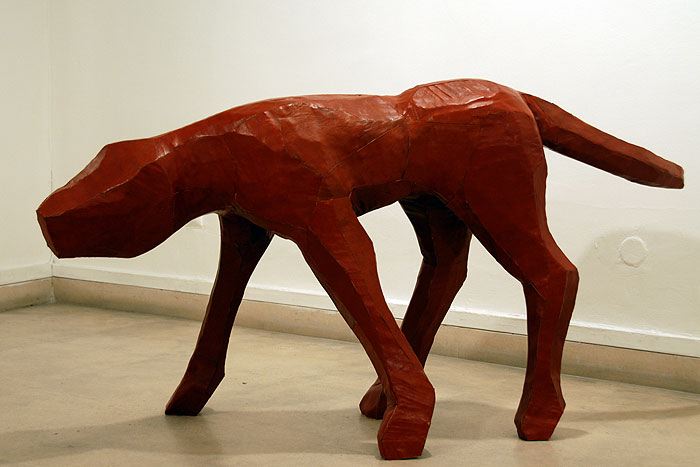 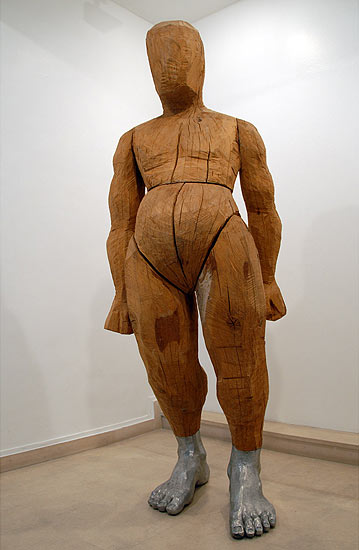 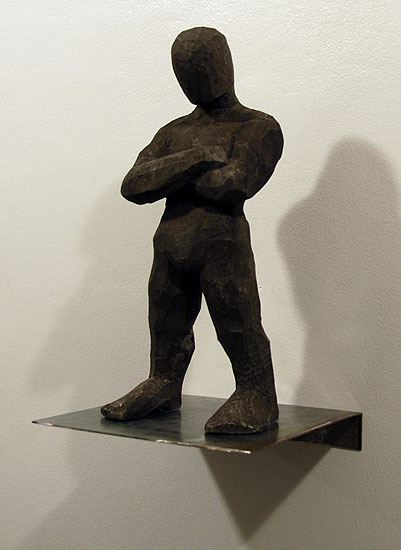 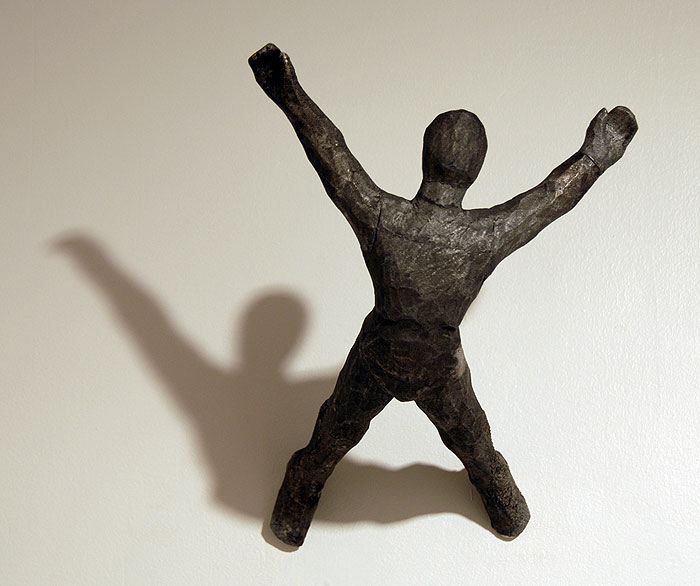 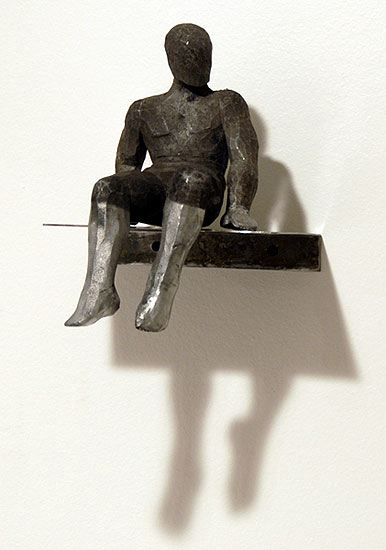 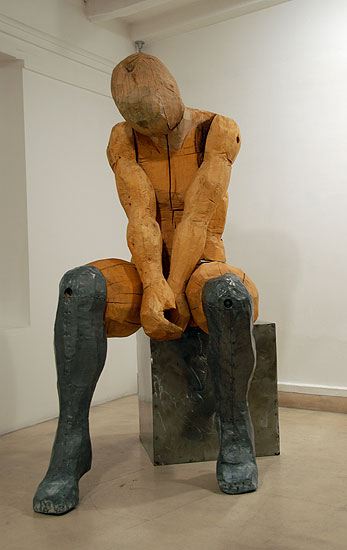 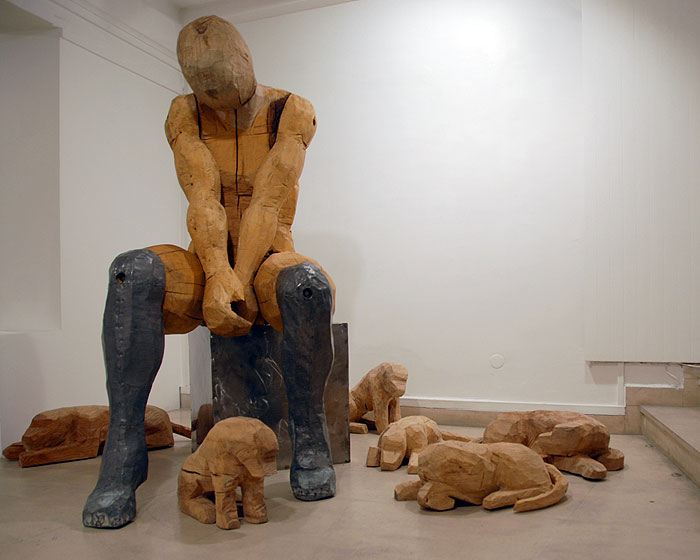 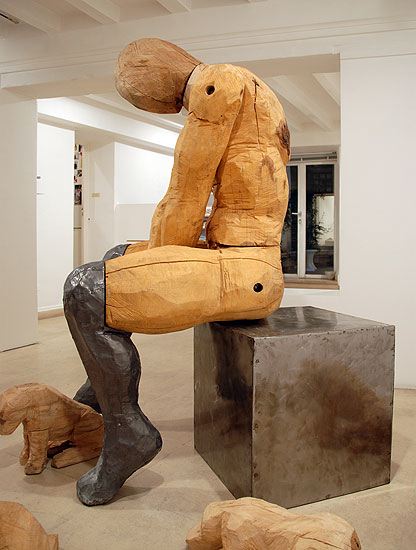