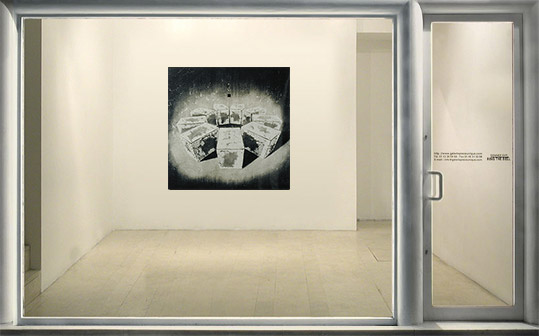 Born in Buenos Aires in 1960, Fernando Canovas arrived in Paris in 1983 where he studied at the Ecole des Beaux-Arts under the direction of Pierre Alechinsky. He was chosen to represent the school at numerous exhibitions. At the same time, he frequently met with artist Roberto Matta who will follow his work during these years. Canovas says that it is his discussion with Matta which are at the origin of his choice of a three-dimensional space in his paintings -an option which he does not always respect but is not however ready to give up-.

He has exhibited widely throughout Europe and won the “Prix Fortabat” for Latin American artists residing there. In Argentina, he was selected and presented by Jorge Glusberg (who wrote an essay for his monograph Canovas 1985-1995) at several exhibitions at the C.A.Y.C and the Museo Nacional de Bellas Artes in Buenos Aires.