9 June - 9 October 2022
Find out more
Danilo Bucchi (Rome, 1978) completed his studies in Rome, where he attended the Academy of Fine Arts where he focused on drawing, painting and photography techniques. The artist demonstrates from the beginning a firm desire to root his language in a world of signs that refers to the tradition of European abstraction of the first avant-gardes, using techniques and highly technological media.

With Blu Bucchi returns to narrate a substantial novelty towards a color with a high symbolic value, elaborated with the usual and meticulous attention to the chromatic ritual, to its impact on the clear white of the backdrops. A gestural consciousness that faces the rhythm and balance of the sign, capturing liquid values that only blue senses and supports with Mediterranean empathy, moving between the abstractions of the sky and the crystalline brilliance of water, adding the mysterious mineral consciousness of blue, alchemical in its unstable motion of the tonal values, of the gemological depths, of the luminous games.

After having faced the long breathing of the black mark on white backdrops, after having inserted arterial fringes of red between the textures of the black marks, after having plunged his gaze into total black, Danilo Bucchi thus rediscovers with Blu the geography of white on which the flow rivers of his new chromatic twin: a mineral and boreal blue, slippery between loops that widen and tighten, between rivulets that splash and compact the chromatic density, between elastic curves that make us think of the Planet seen from the sky but also of the microcosm that naked eye does not perceive. 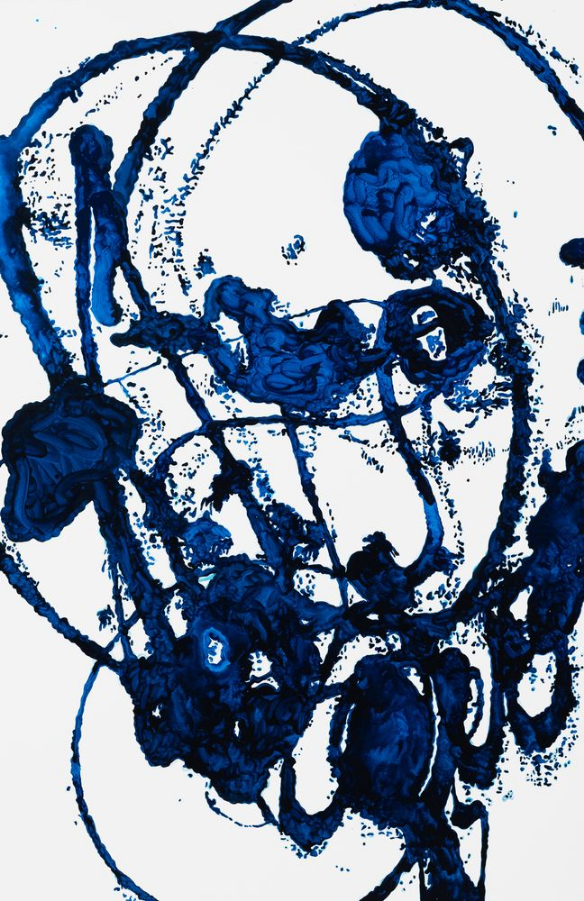 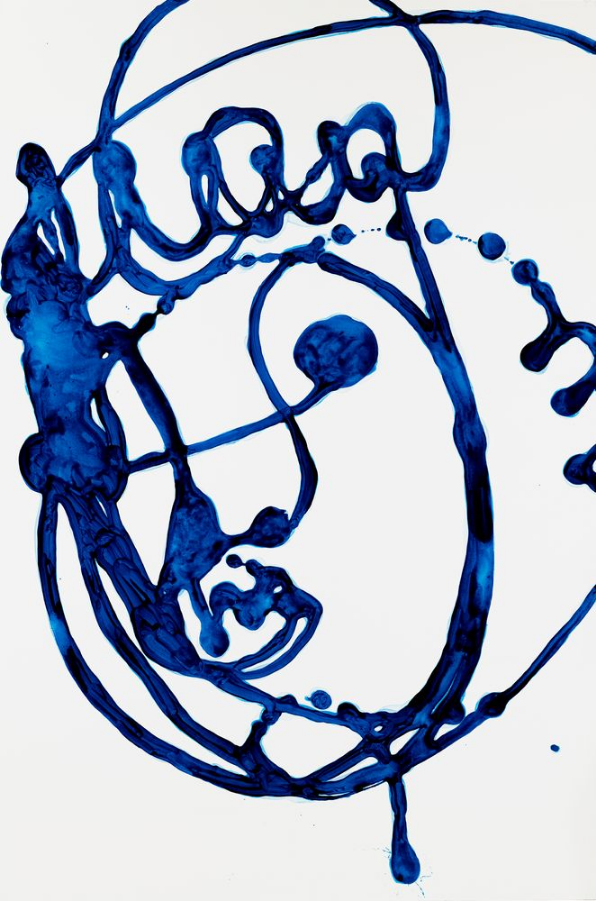 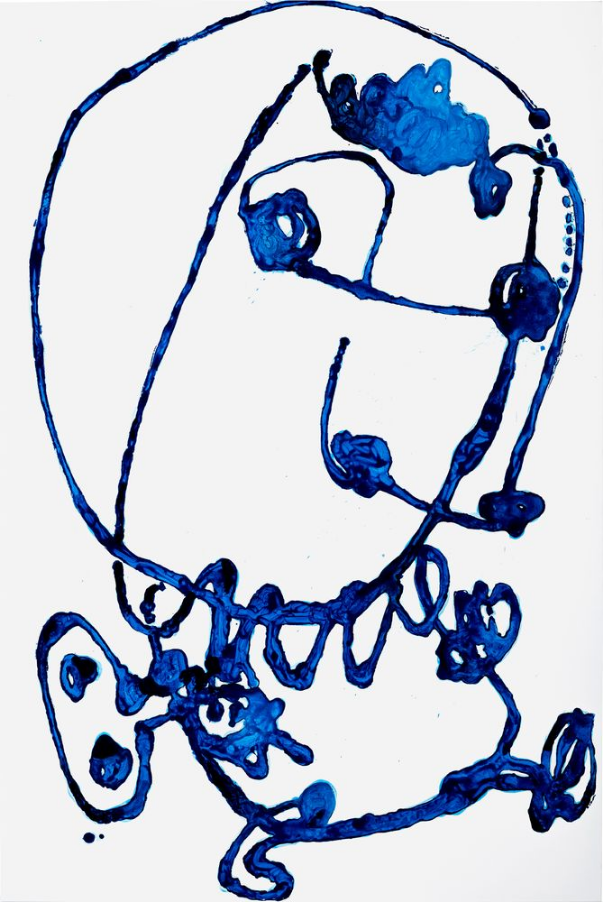 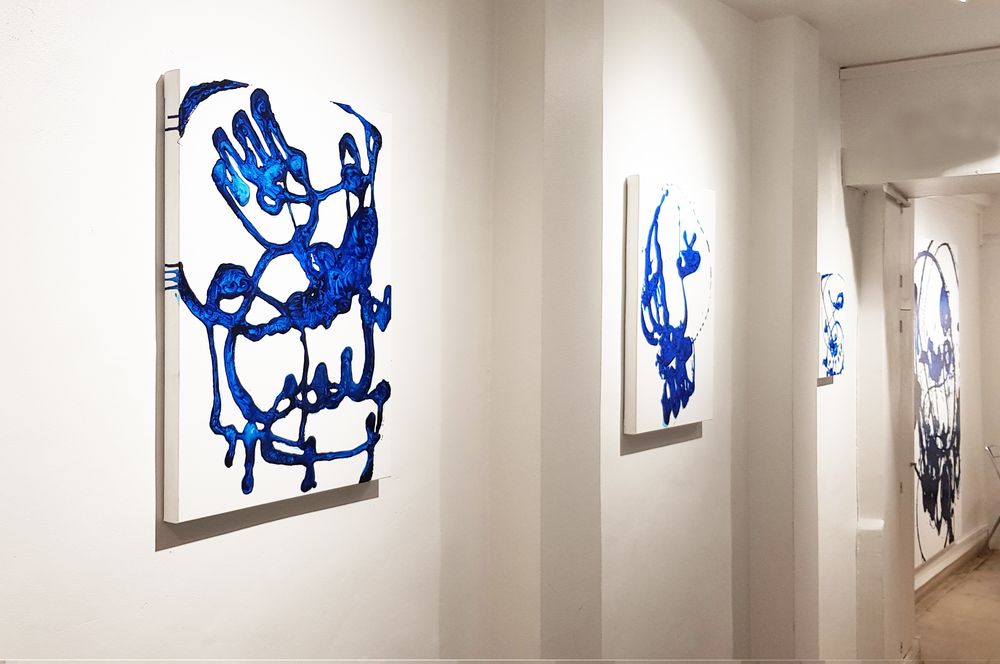 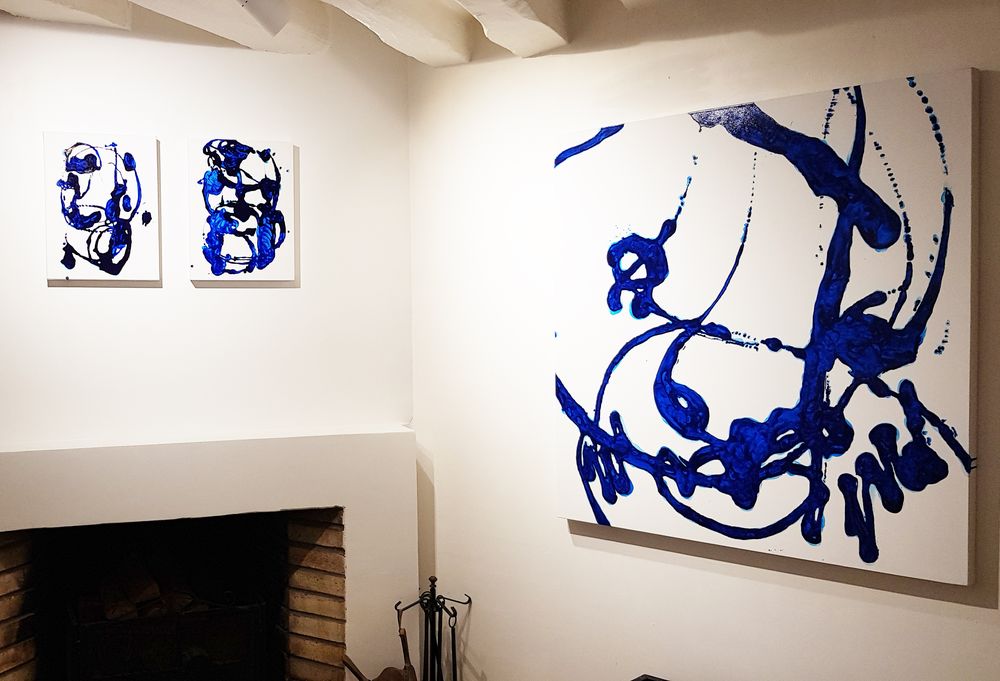 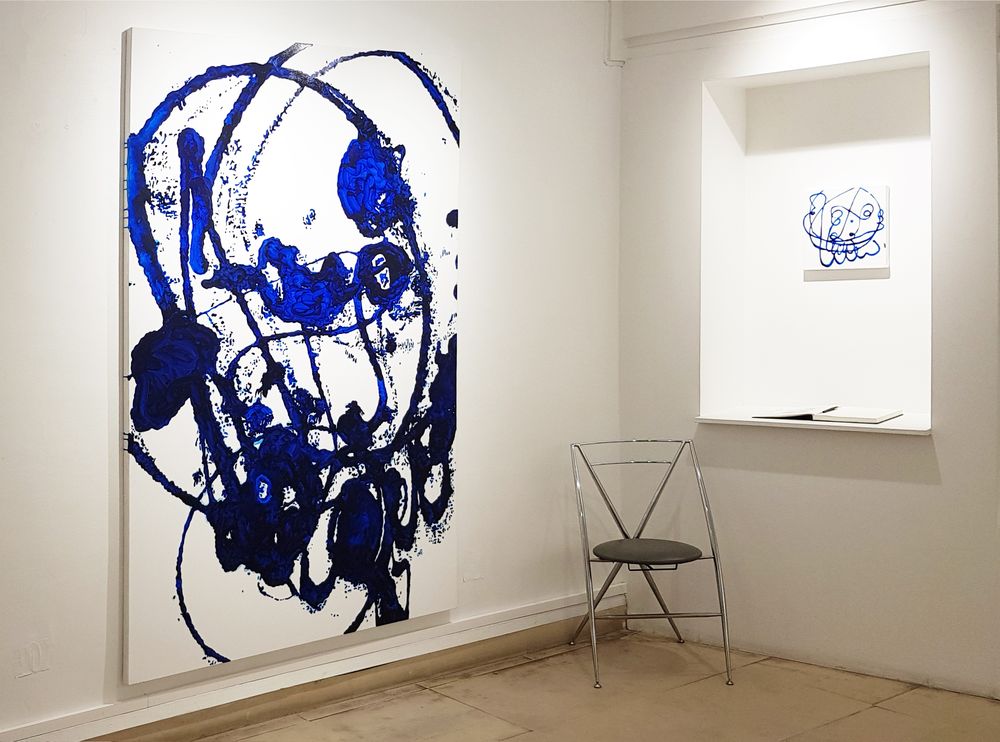