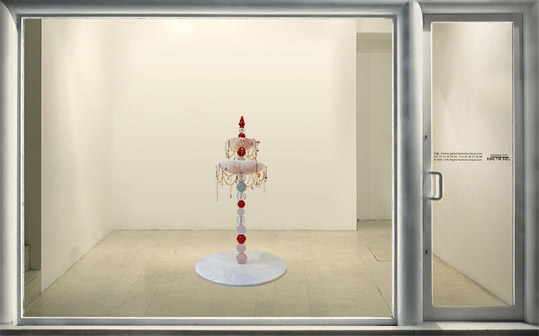 Born in 1964 in Saint-Etienne in the Loire, Jean-Michel Othoniel has been lodger of the French Academy at Villa Medici in Rome. Young artist with international renown, he has participated to great exhibitions of contemporary art such as Documenta IX of Kassel in 1992, Féminin/Masculin at Centre Georges Pompidou in Paris in 1994, Heaven at the Tate Gallery in Liverpool and the Kwangju Biennal in Korea in 2000.
After one man exhibitions in such prestigious places as The Peggy Guggenheim Collection in Venice in 1997 and PS1 , New York in 1998, he created in 2000, for the celebration of the centenary of the Paris metro, « Le Kiosque des Noctambules », permanent installation of the subway-entrance-artwork of Palais Royal Musée du Louvre, Place Colette in Paris. In his works he privileges the allusive references. His sculptures have unusual and sensual beauties, subversive sweetnesses, made to capture one’s eyes. 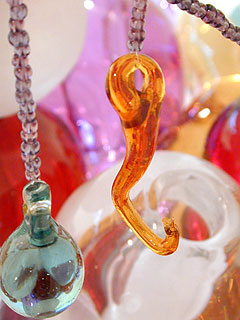 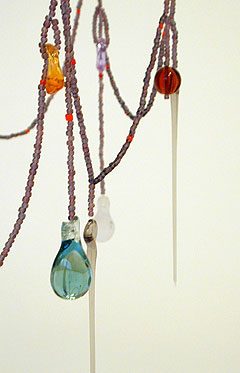