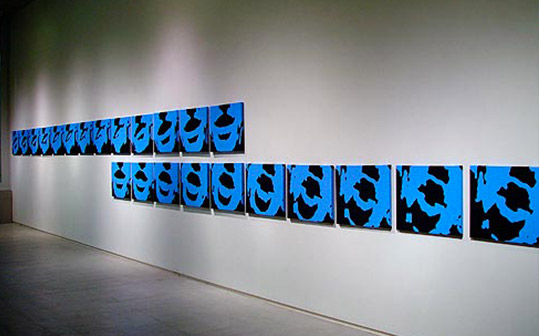 Having started as fashion photographer and realized short films, he then decided to use painting as medium with a desire of unicity and to liberate himself from some constraints.

Using a contemporary imagery, he exerts himself on showing the backstage of a work, on linking the unicity of the support – the non-reproductibility of a canvas – with the computerized, photographic, and video techniques.

“Every picture can be considered as a video monitor, a television which transmits images of young persons having in common the search of recognition, and even a certain form of celebrity, with the sensation that the closest one gets to the medium and the more things appear unreal and factitious.” (Laurent Delarozière)

“Supralumen – Tokyo” is a group of works that yields to this paradox, acrylic portraits of charismatic persons descended from a digital universe.