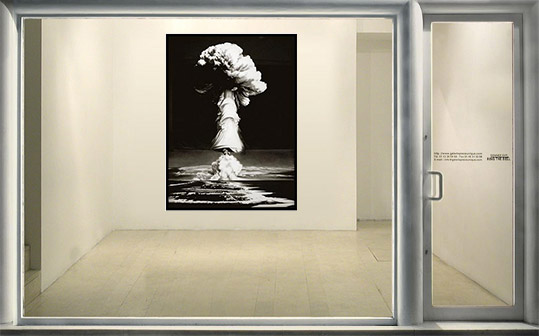 In the 1980’s, Robert Longo became a major representative of American contemporary art with his Men in the Cities series comprised of 44 large-scale works depicting men and women in exaggerated poses and contortions, juxtaposed with rigid architectural sculptural reliefs. Often using the seduction of the scale of cinematography as metaphor, Longo explores social, political and psychosexual representations of power and control.

For the past three years, Longo has developed The Trilogy composed of The Freud Drawings (1999), Monsters (2002) and Lust of the Eye/ Sickness of Reason (2003 to present). With this trilogy, Robert Longo has explored notions on the inner nature of man, nature itself, and man-made nature respectively.

In continuation of “The Sickness of Reason,” the work to be presented at the Galerie PIECE UNIQUE arises from Robert Longo’s detailed research on the American nuclear and thermonuclear tests between 1944 and 1962 (except Nagasaki and Hiroshima). He reminds us that humanity has never been so close to self-destruction.

Robert Longo’s work is in numerous collections worldwide including: The Museum of Modern Art, New York; The Los Angeles County Museum of Art; The Whitney Museum of American Art; The Guggenheim Museum, New York; The Centre Georges Pompidou in Paris; The Tate Gallery in London; Museum Ludwig, Köln, Germany; The Stedelijk Museum in Amsertdam and The Albertina in Vienna. 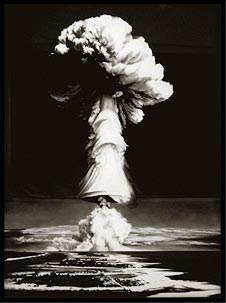