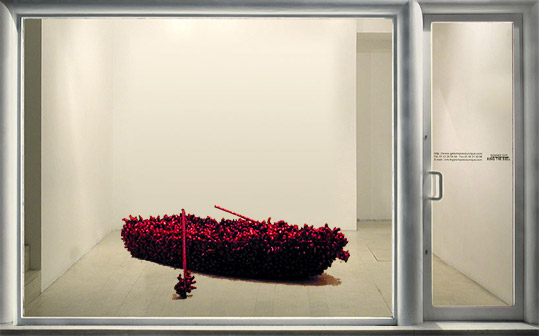 Yayoi Kusama is one of Japan’s most distinguished artists. A contemporary of Donald Judd, Frank Stella and Andy Warhol, Kusama’s highly acclaimed international career spans over forty years. After the first major survey of her work presented in Europe by the Serpentine Gallery in London including paintings, collages, watercolours, sculptures, documentation of performances and films, all of which exploring Kusama’s obsessions with dots, nets, food and sex, Galerie Piece Unique will exhibit rue Jacques Callot the latest sculpture made specially for this occasion: “Repetitive Vision, Phallus Boat” which is a red boat of almost 350 x 150 cm fulfilled with phallus of the same colour. 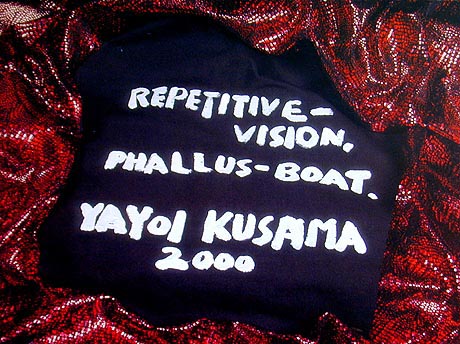