1995
Find out more
Because I heard that the mountain which lays at Somma was once a guy called Vesevo, who in the country saw a nymph, fair as a jewel: she scratched his heart and his soul, she drove him so crazy and he felt in love so much that fire sighs he is still breathing. Giulio Cesare Cortese But Vesuvius for me is much greater than a myth: it is sommething terribly real! Andy Warhol

Vesuvius by Warhol has become an emblem. Its apparition, even in absentia does not make anymore allusion to Naples only but mainly to Lucio Amelio’s creative eruptions. 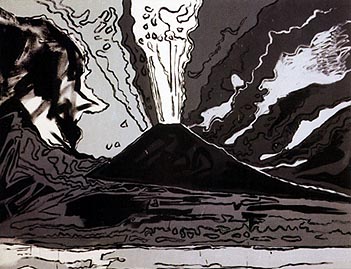