September 21st - November 21st
Find out more
Beverly Pepper, American artist, is born in New York in 1922 and has been living between New York and Todi, in Italy for 50 years. She realizes monumental sculptures with materials as different as bronze, cast iron and steel.

Her works reveals a concern for abstraction. She has realized numerous projects for private and public commissions and a retrospective of her works has been held recently at the Forte Belvedere in Florence and then in Genoa.

After the first exhibition of her works in Paris, in the gardens of Palais Royal in May 1999, the gallery PIECE UNIQUE will present in her space rue Jacques Callot « QUEEN OF HEARTS » sculpture made of stone Chauvigny created specially for this space by Beverly Pepper during her stay at Atelier Calder in Saché, as well as « KINGS OF SPADES » which will be on view at PIECE UNIQUE VARIATIONS, rue Mazarine, together with a group of other works of the artist such as drawings, works on paper, small sculptures..

These two sculptures mark, after the « Sentinels », the beginning of a new series titled: « Témoins » (Witnesses).
Therefore, « Queen of Hearts » and « King of Spades » will be the first witnesses of silence that Beverly Pepper seeks and tries to reach through her sculptures. 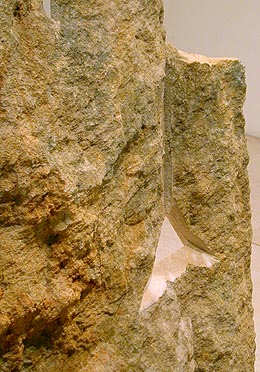 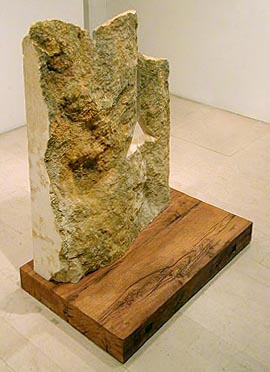 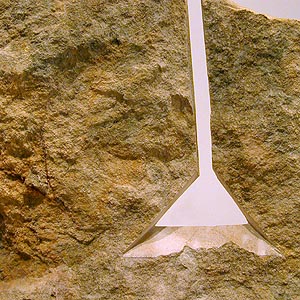