Graduated from the Beaux-arts Academy in Grenoble, Cyrille André has first been known for his works directly carved on tree trunks with a chain saw. Mainly inspired by the social behaviours, Cyrille André uses animal and monumental metaphor to treat these subjects.

Through the rough shapes of his sculptures, reduced to the essential lines, he always perfectly gets the expressions he wants to represent. For his third exhibition at Galerie Pièce Unique, Cyrille André takes interest in the figure of the child. The child seen as a future adult and as a personification of sincerity and spontaneity. The Title à-venir also refers to the juridical term that designates : « The act by which an attorney invites the attorney of the opposition to come to the audience at the fixed day, to conclude and plead.”

L’Enfant Boudeur (the Sulky Child) exhibited at the gallery PIECE UNIQUE shows by his posture, his dissatisfaction towards certain phenomena of the society, and especially the balance of power and violence which the adults maintain too often between them. This child, with disproportionate dimensions, similar to a young giant, reminds us the fantastic and disturbing imaging of the popular tales.

The grey color with which he is adorned, symbolizes his passing state, the passage from the childhood – to whom is usually associated the white color- to the adulthood. Grey is also a holy color in the oriental symbolism : in the Hindu religion, it is the color of the smoke of the incense which rises towards the sky carrying the prayers of Men.

In resonance to this monumental figure, the sculptural group of « Les Têtes de Lard” shown at PIECE UNIQUE Variations displays a trio of children whose attitude expresses the contrariety.

The works A001-F10 and 9.3 relate to the notion of identity and territorial and social belonging :

The figure A001-F10 which gives the title of the partially burned and lying wooden head, refers to the number registered on identity cards. The treatment of this sculpture which the lines have been erased by fire, is a reference to the association made in the North African terminology between the word “migration” and the verb “ burn” : “When we migrate we « burn » our life, our papers, to go towards a new life.”

The sculpture 9.3 shows a teenager with hood, the favorite attribute of the young people who come from the suburbs. The title comes from the way these young people name their department (93), a codification which highlights their need of identification and valuation of the group they belong to. This hooded character is covered with a soft and silky kidskin ; thus, the artist reveals the infantile and fragile dimension of this youth generally stigmatized for her violence and aggressiveness. 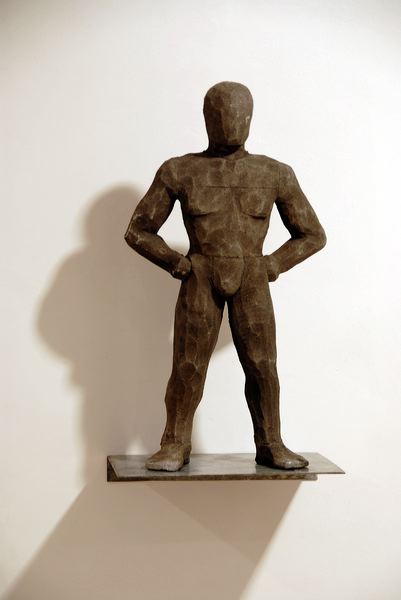 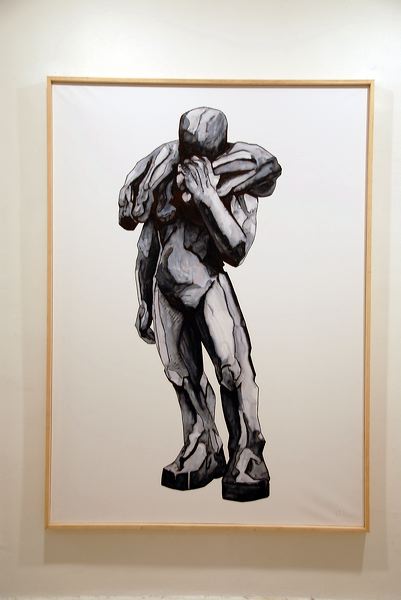 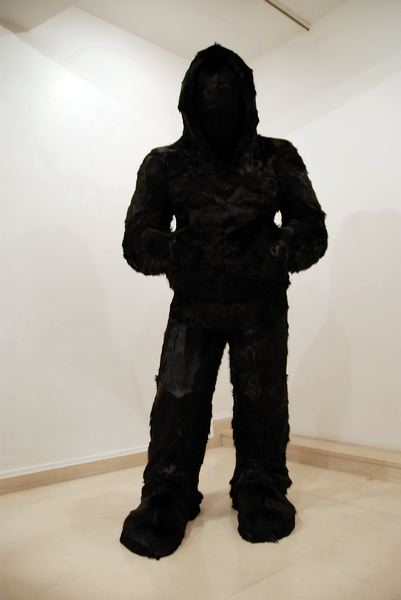 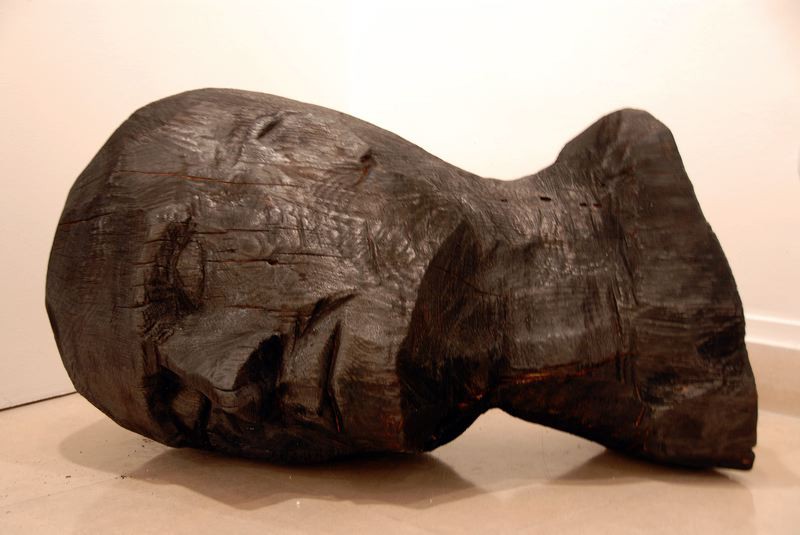 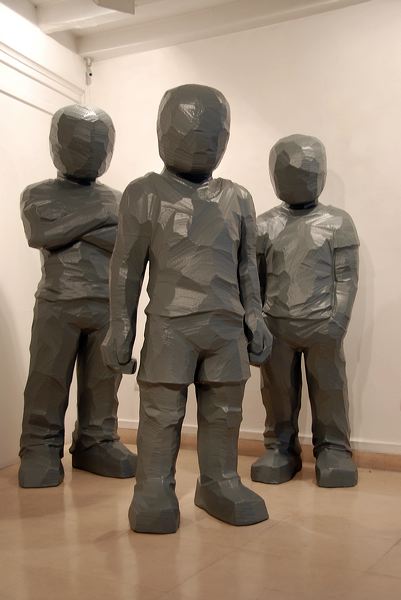 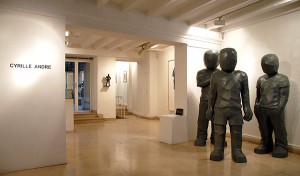 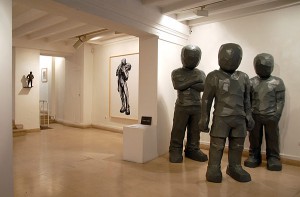 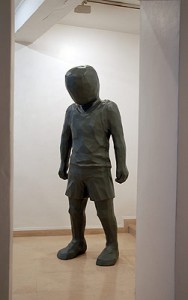 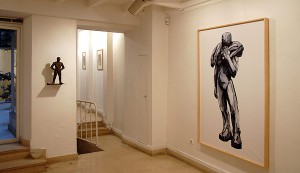 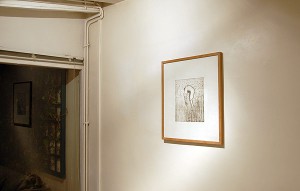 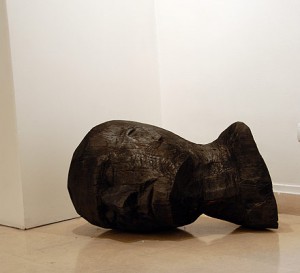 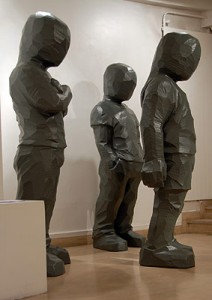