13 June - 9 September, 2000
Find out more
Born in Electric City (Washington) in 1938 Lives and works in New York For Oppenheim, shapes are not neutral nor fixed, they have to be the expression of a movement, even virtual, and tell something.

His work give evidence of his will to never abolish hazard and stimulate, by this way, « mental explosion ». Trough the notion of multiplicity and ambiguity, his itinerary is tortuous and disturbing: it moves in circular and parabolic lines that run from one point to another, rarely returning to the point of departure, and marks the loss of certain answer.

Oppenheim pushes associations and contents to their limit. Like in « Marriage tree » (where he assembles different kinds of woman and men, creating relations between couples, connecting them to cach other), he disturbs with the dialectics of appearance: he apparently chooses banal, mediocre, popular figures, takes them and characterizes them. He observes them and tries to reveal their anomalous character through the change in scale where he does not distort reality very much but establishes different relations which redistribute functions and logic, where he extreme behaviour of the artistic object ends up by creating an anomalous mixture of derision and decorum. 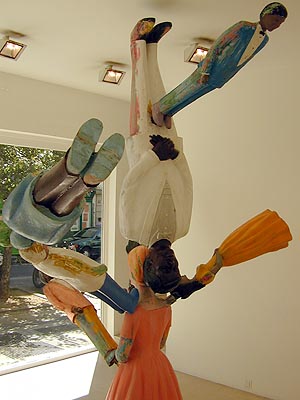 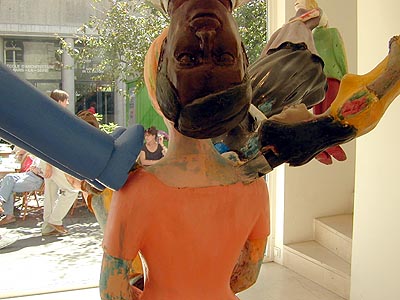 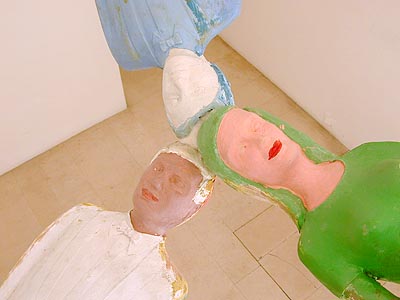 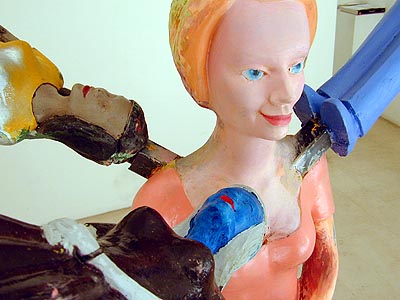 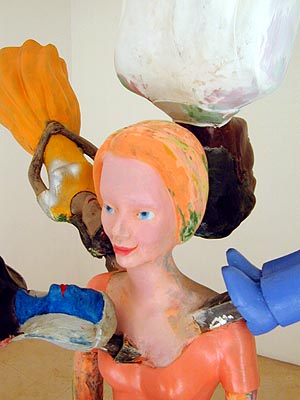 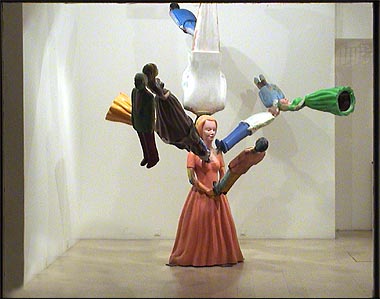