1996
Find out more
Fabrizio Plessi is an aquatic artist and not only because water is the raw material of his works.

As a matter of fact, his work incarnates or better, reflects the physical and mental essence to assert that the cognitive mastery of the element has been fundamental to choose the expression means. In other words, the particularities of water – mobility, reflection, instable appearance – have found a perfect agreement, some kind of magic identification with the video image.

Water, as well as the use of video, reveals a particular attention towards perception, its changes and its ambiguities.
This changeability is efficiently expressed in « Le due anime della materia » ( The two souls of the matter ): the body of the work is nude appearance, visual deconstruction, perceptive nomadism. The « sculpture », projected to be the limit of what we see, loses its space-time identity. Its turns in the space until it confounds us and reproduces the paradox according which Nature is a product of Art and discourse. 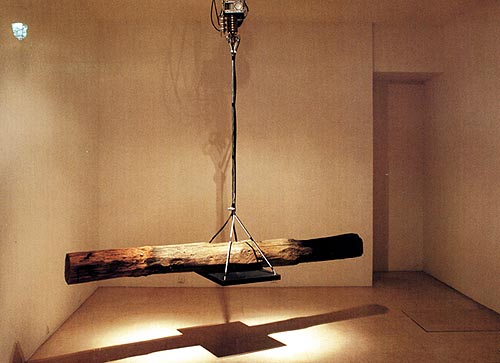 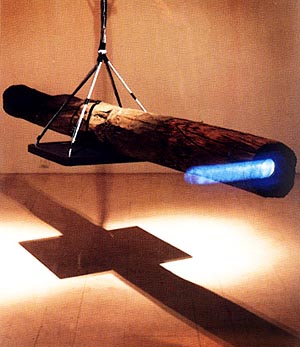