17 January – 15 March 2013
Find out more
Born in 1968 inTsukuba, Japan – Lives and works in Düsseldorf and Japan. We can assert that of his traditional cultural heritage Masuyama maintains a very strong attention listening and observing the nature and its modifications over time. He finds even more this movement in the dimension of the journey, a constant in all his projects.

Already at the end of the 90s Masuyama operated an editing, an overprint of views of the parks of Düsseldorf, where he lived, shooting them with a panoramic camera, taking one shot a day with a leap of only one degree. The result was a stratigraphy of 365 views. It was then already clear how his approach was conceptual, far from the mere report.

From 2002 to 2007, he dedicated in the relationship between air travel and temporality stacking hundreds of photos taken every 20 seconds during his intercontinental flights. Monumental panoramic works will arise from it.

If it is true that Masuyama records moments, it is only to recompose them in works that can be defined, doubtless, impressive. This is the case of the projects “After J.M.W. Turner – The last journey to Venice” (2008) and “The lost works of Caspar David Friedrich” (2009). Seduced by the method of work of these great painters who did not paint realistic landscapes but who redid them from their sketches upon their return to their studios, Masuyama went to the same places and took hundreds of pictures for every view. Then he juxtaposed them up to obtain an evocation almost faithful in the shape, but absolutely current in the substance. Furthermore, he mounted the works on light boxes, which enhance their contemporaneousness. Clouds and waves whose light is so iridescent are the result of this juxtaposition, and if we closely observe these works, we shall see that the figures on the ships of the Venetian lagoon are the silhouettes of people of today, and that the buildings of London in the background are contemporary constructions. It is not thus a reproduction, but an observation of the transformation of places, a becoming. In this transformation of places through the time stands the delight of the works of Masuyama.

For the project presented exclusively at the gallery Piece Unique from January 2013, Masuyama continues to work the theme of the journey. As for the projects on Turner and Friedrich, the artist put his steps in those of the painters of the nineteenth century during their stay in Italy so-called “The Big Tour” which took place in South Italy focusing on an important stage: « La sosta di Cava » (the stage of Cava). He thus went to the same places, and as did those painters, took visual notes, but with a different medium: the photography. This is the way each of his works is the result of a complex operation of editing of hundreds of pictures taken in the same locations and positions where stood the authors of the original paintings. Therefore, this exhibition is a double invitation to travel: a journey through the images and across time. 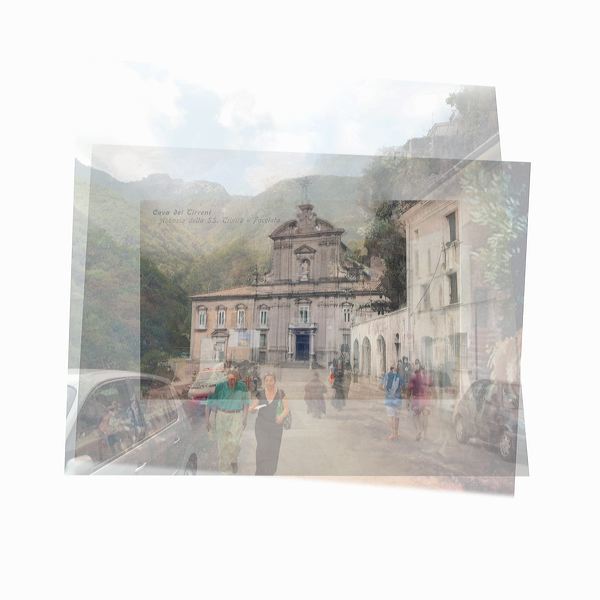 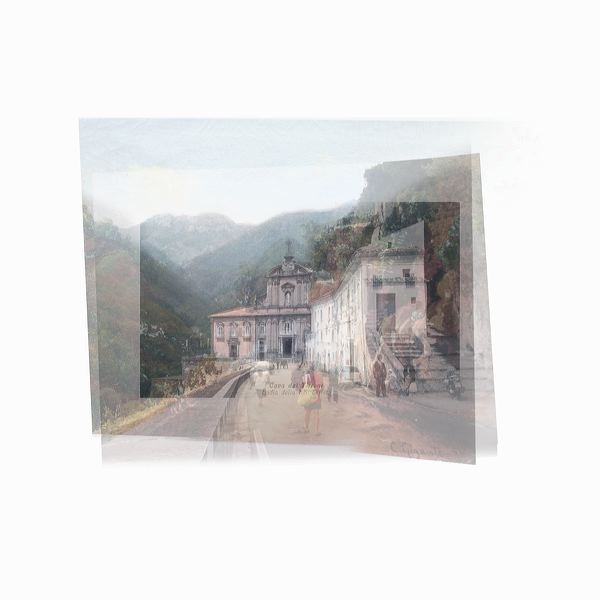 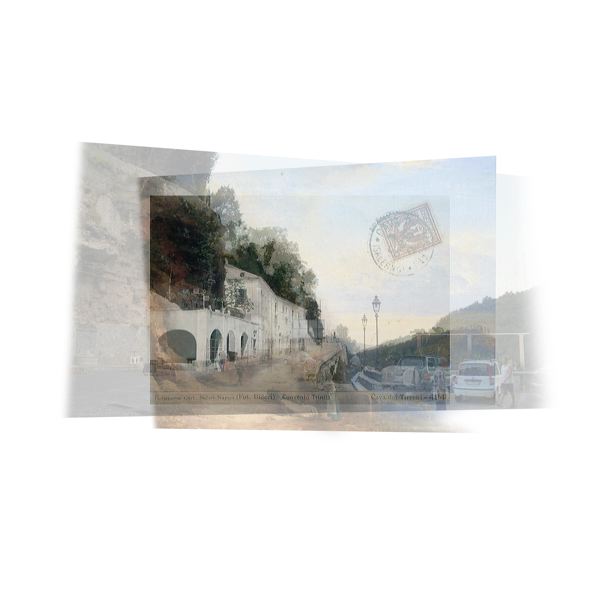 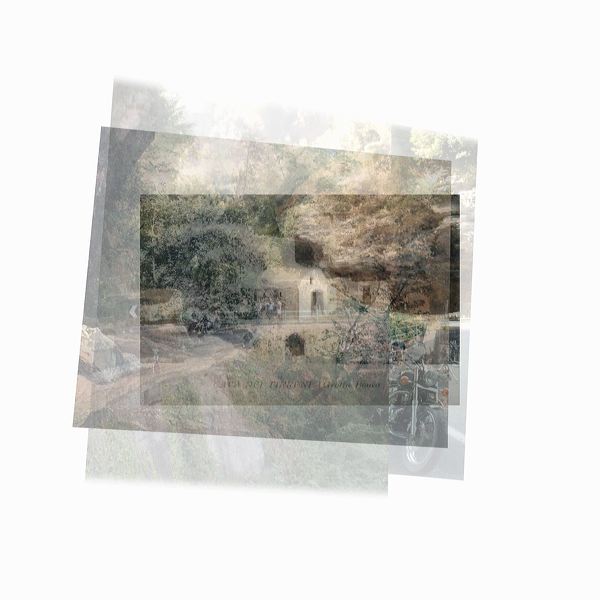 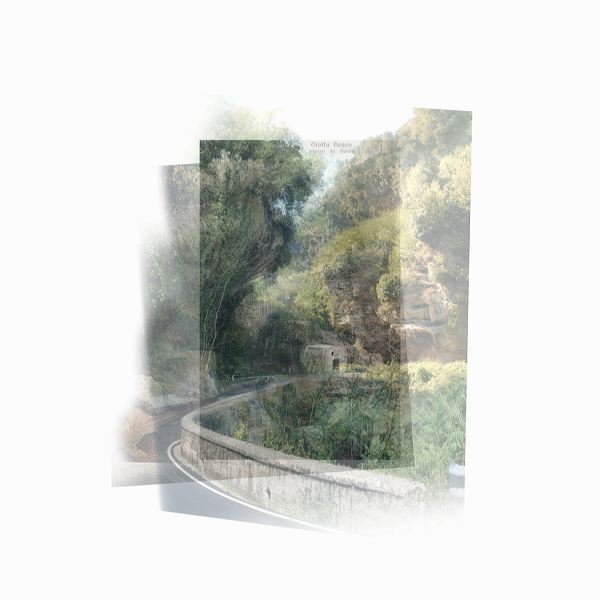 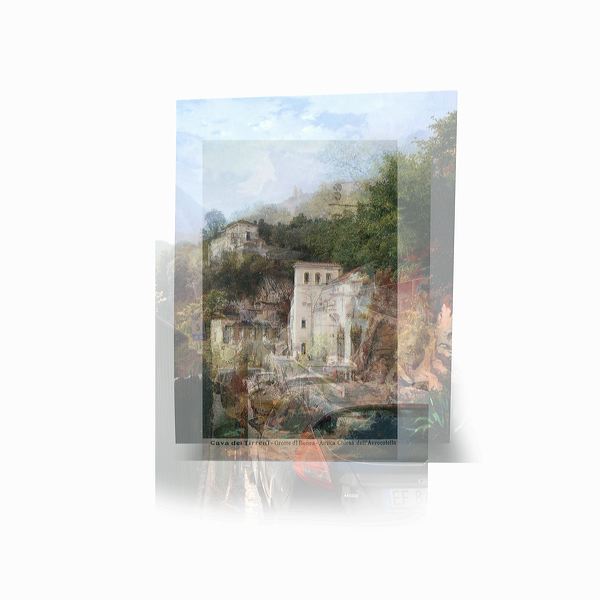 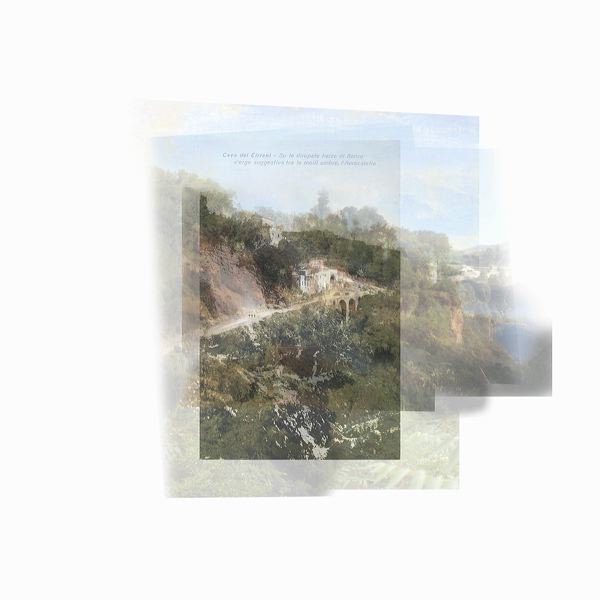 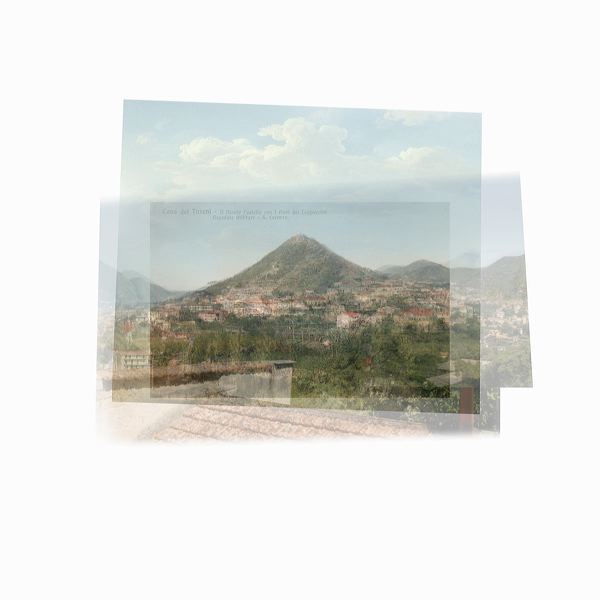 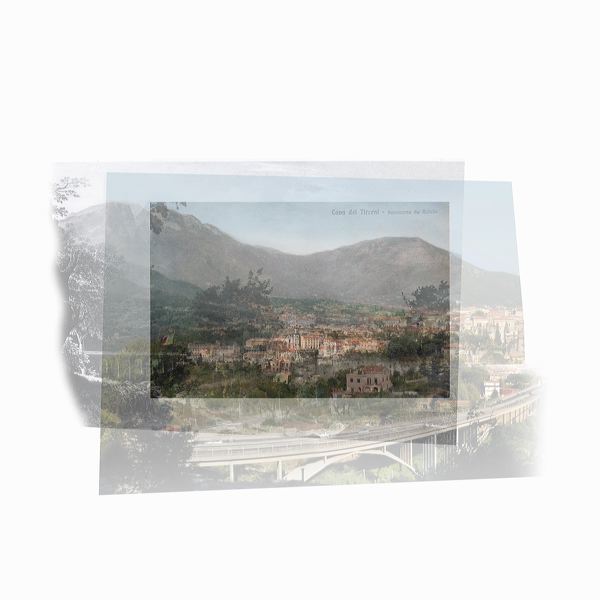 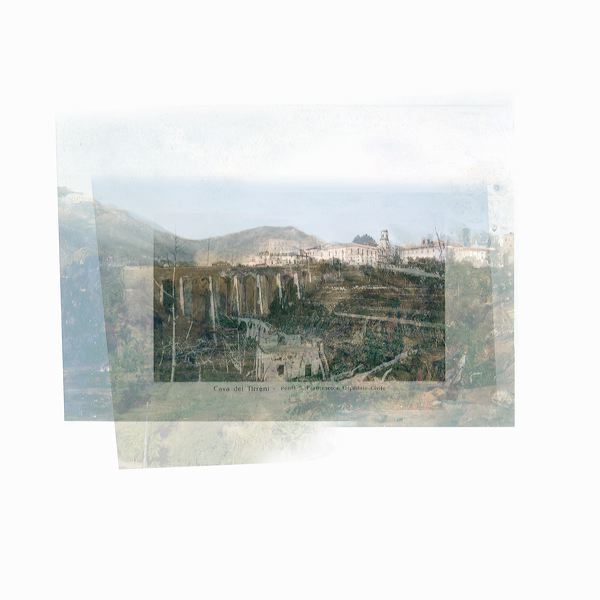 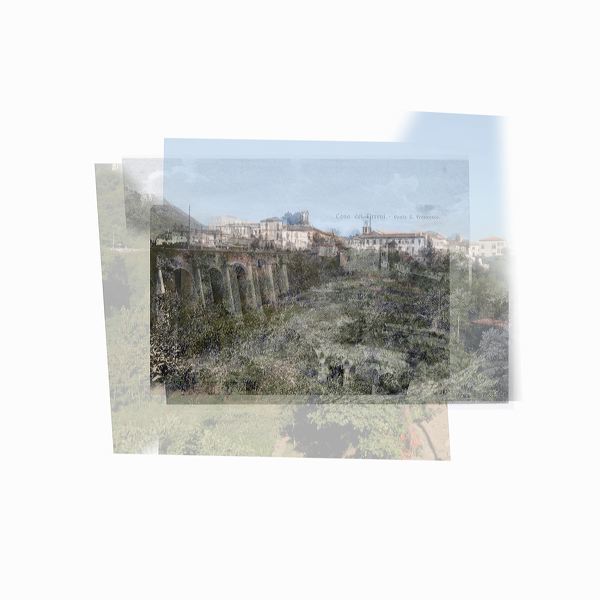 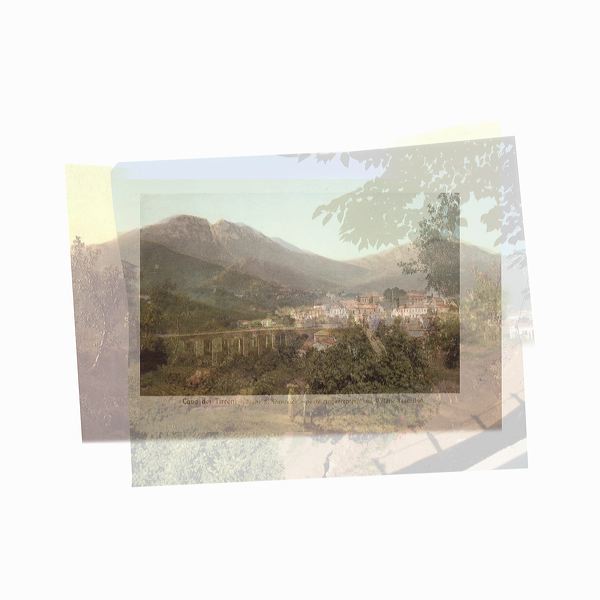 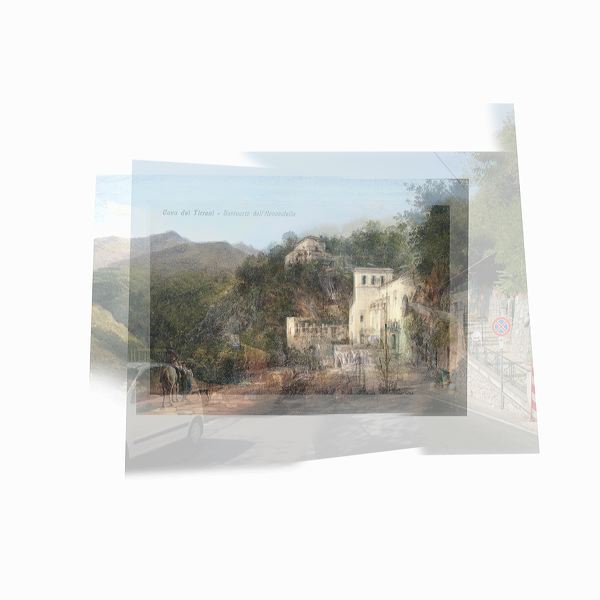 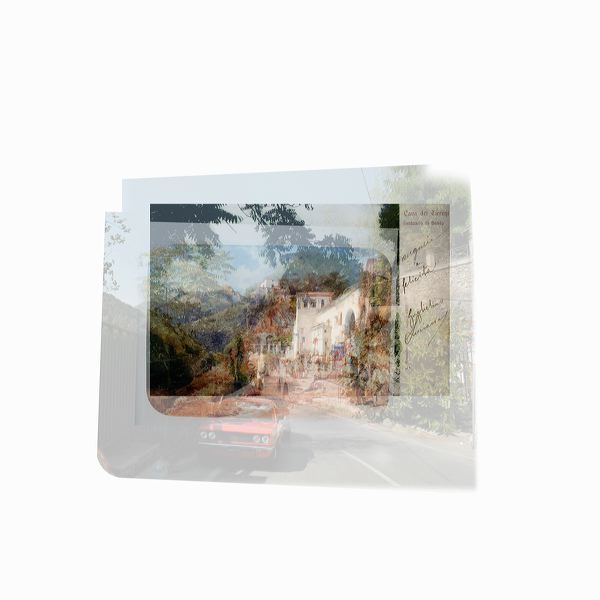 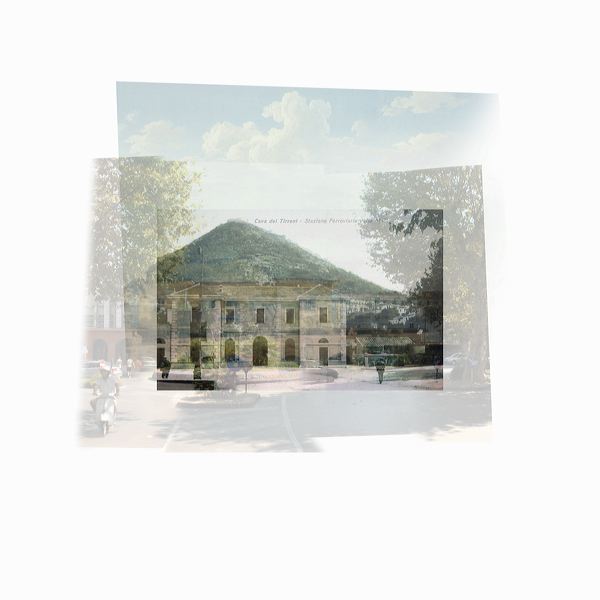 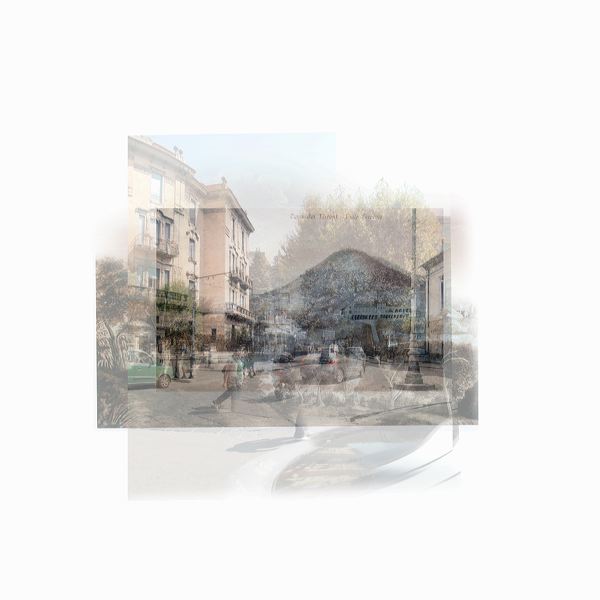 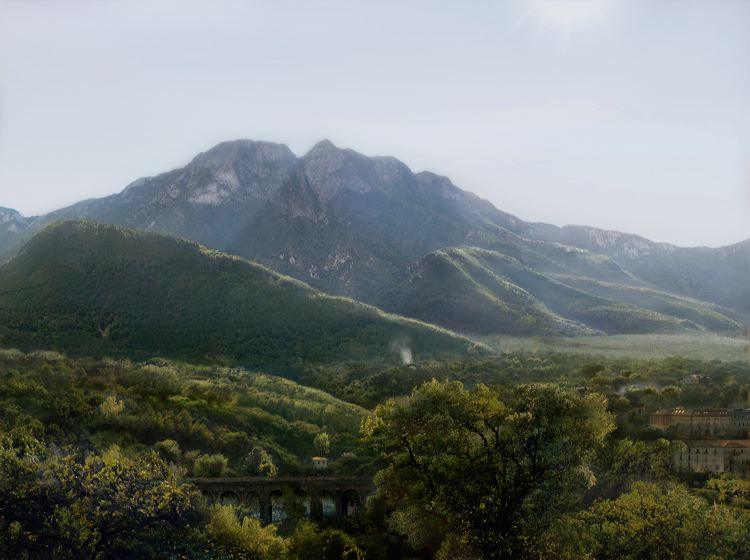 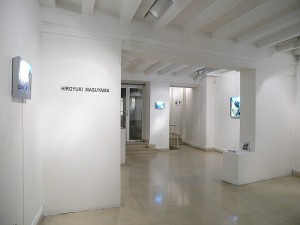 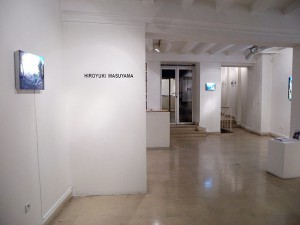 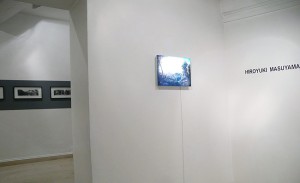 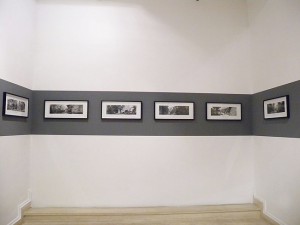 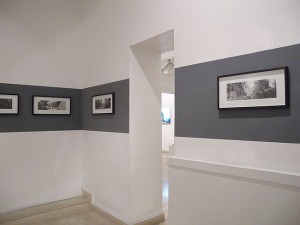 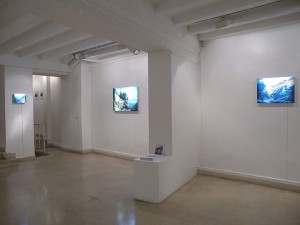 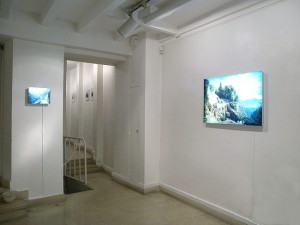 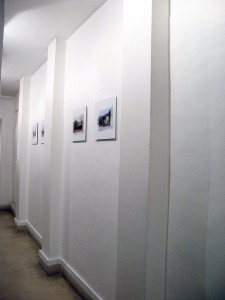