28 November - 7 April 2019
Find out more
For his first Parisian exhibition, the artist Jean Boghossian invites you to discover at Galerie Pièce Unique a selection of his artworks conceived with the flame. After participating in the 57th Venice Biennale last year as a representative of the Armenian National Pavilion, Jean Boghossian continues his work with fire in a series entitled « Rhythms », presented for the first time this year in Beirut during an exhibition curated by Bruno Corà entitled « Building with Fire ». Based on the idea of building through the destruction caused by fire, and thus to overcome the negative connotation generally associated with this medium, the artist proposes a series of collages of coloured papers chiselled by the flame of the torch worked in alignments on monochrome backgrounds. These coloured abstract compositions, by their graphic structure and their fragility due to the delicate preservation of the ashes on the canvas, then emit a particular vibration which evokes a rhythm, a melody.

Referring to his art, Jean Boghossian explains: « When I experienced fire, he became my partner, he tamed me, he chose me; I am his mediator, his revealer. Fire is a violent element, but I decide to use it out of its context. I make it constructive by manipulating it to make art. » « Rhapsody in Red and Blue » thus refers to the symphonic dialogue that is created between the red work of the artist exhibited in the window of Pièce Unique and the blue which comes in several shades in the different works exhibited at Pièce Unique Variations. 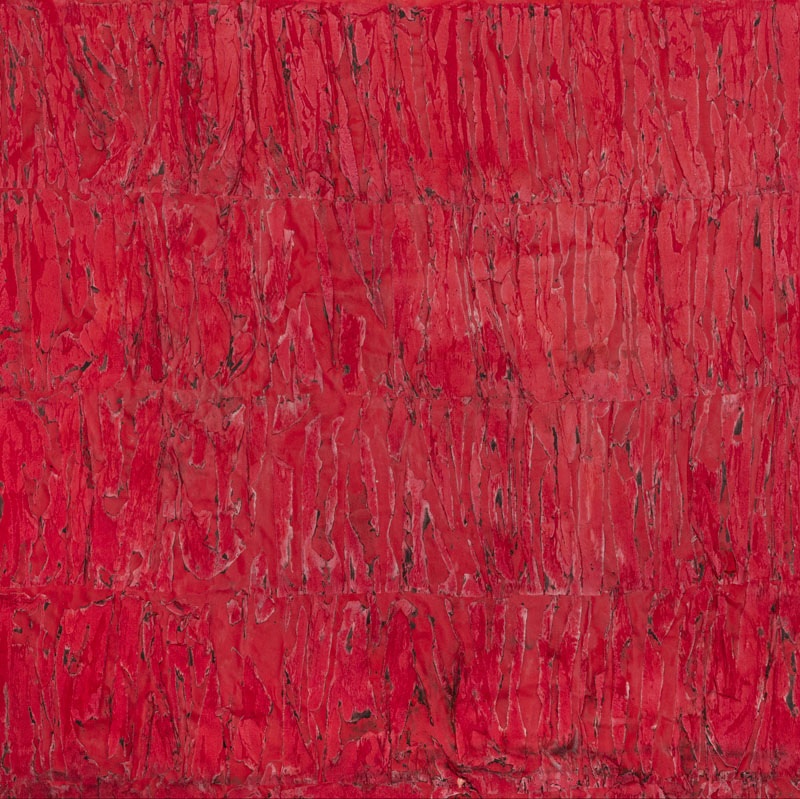 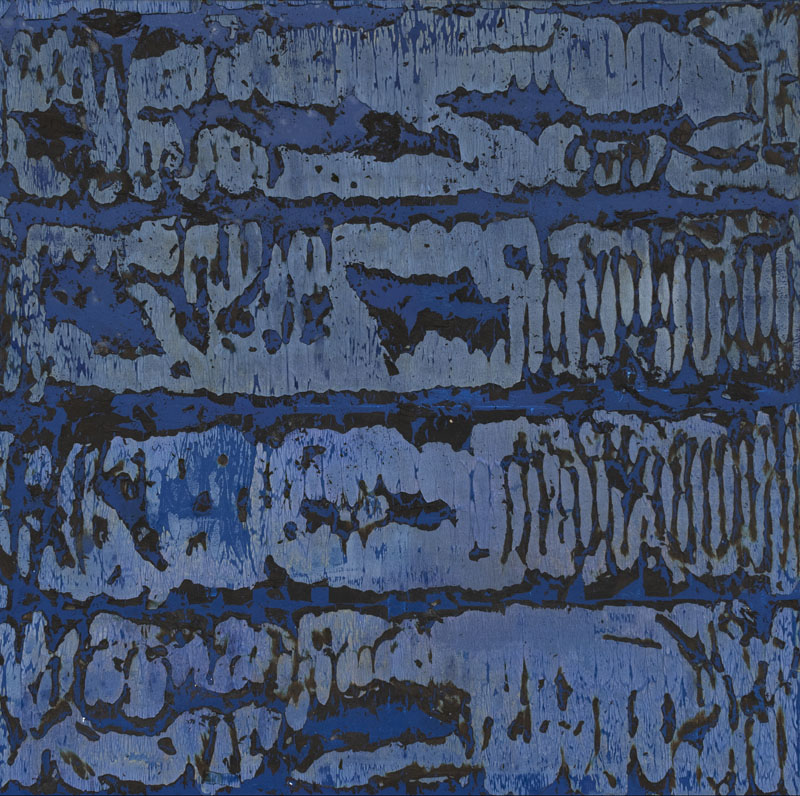 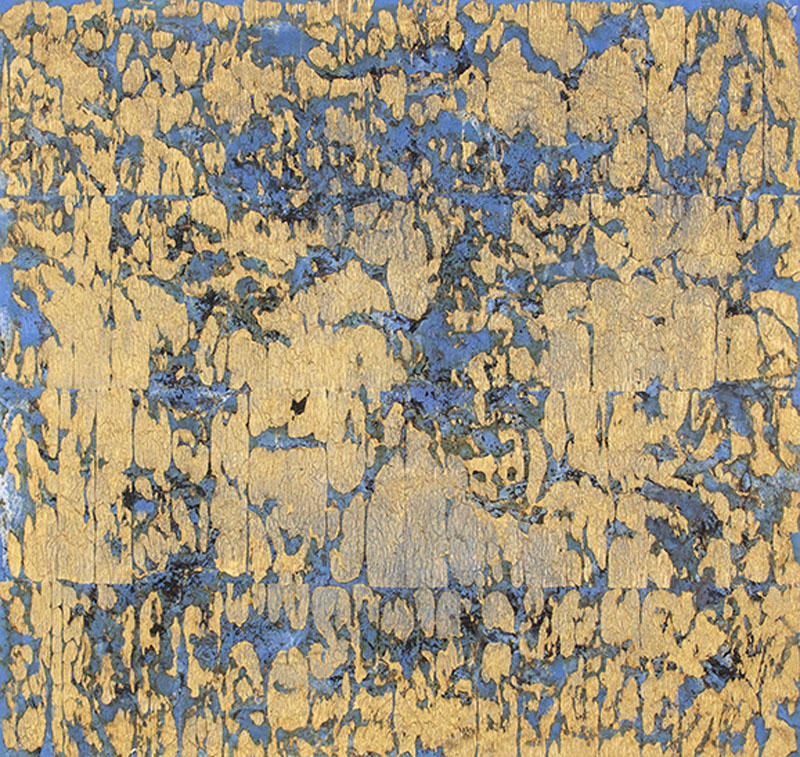 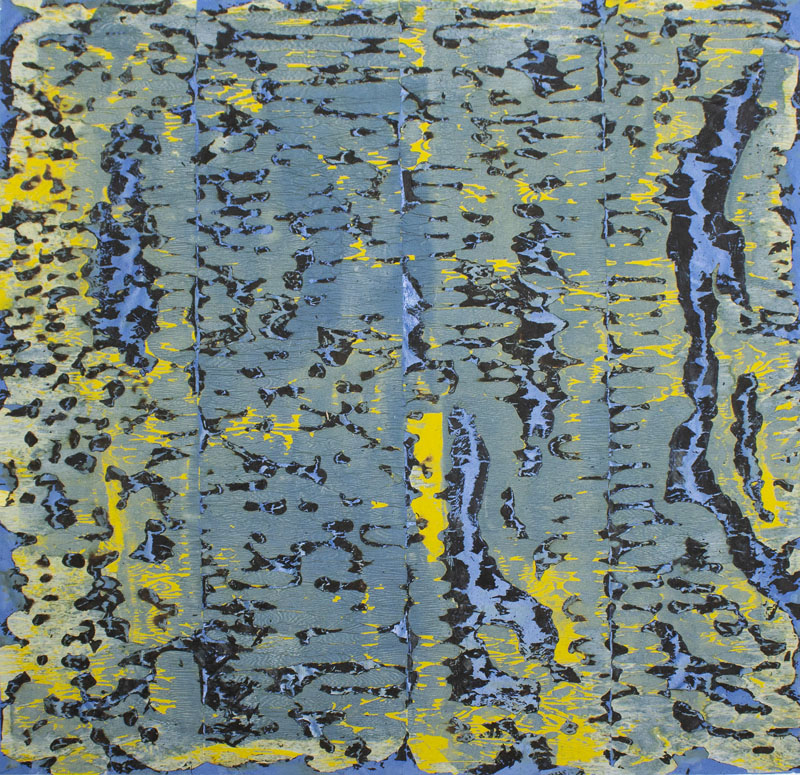 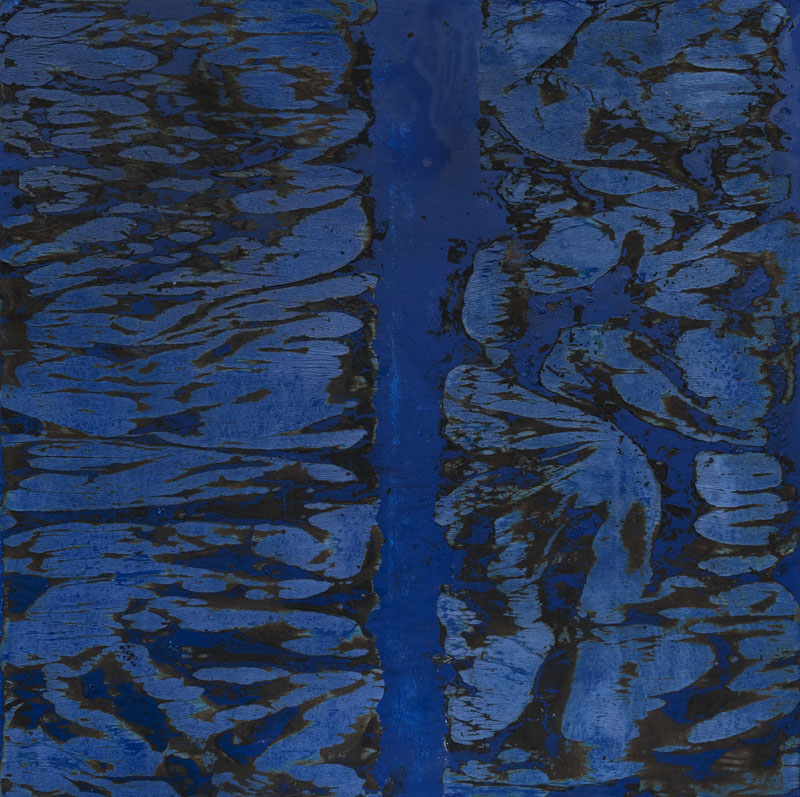 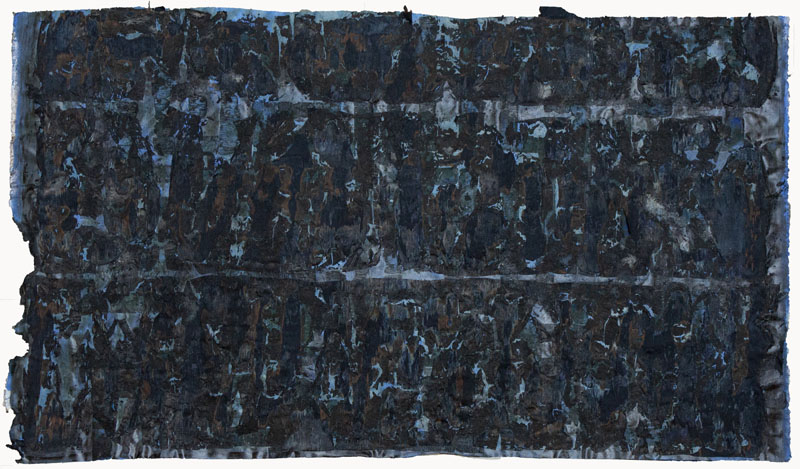 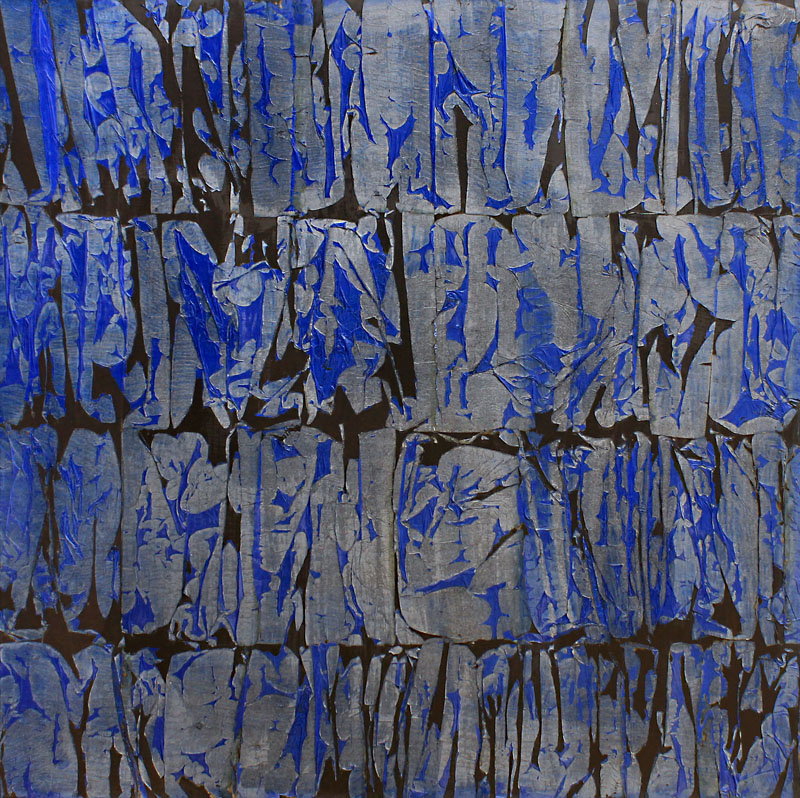 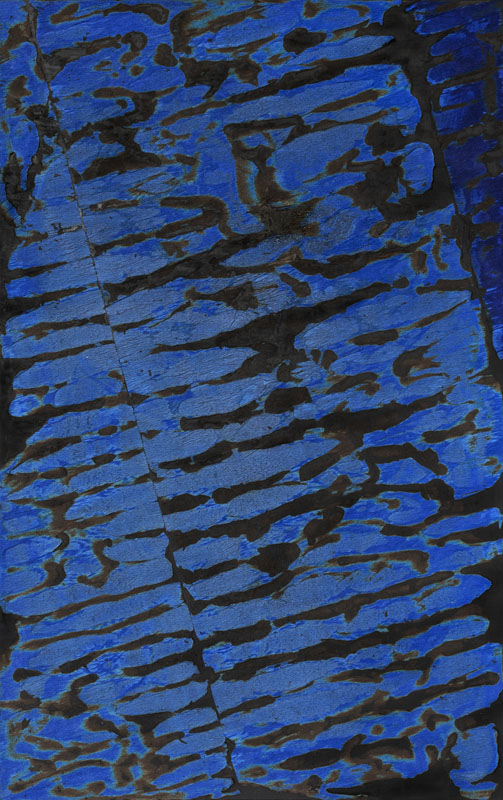 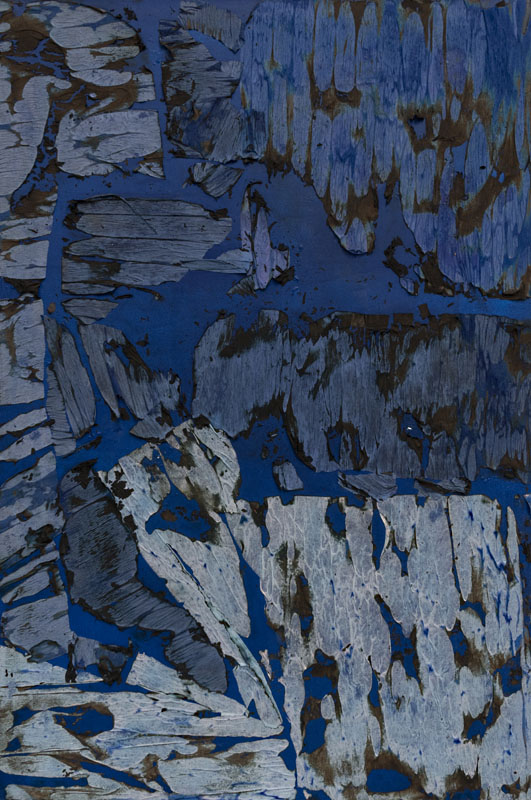 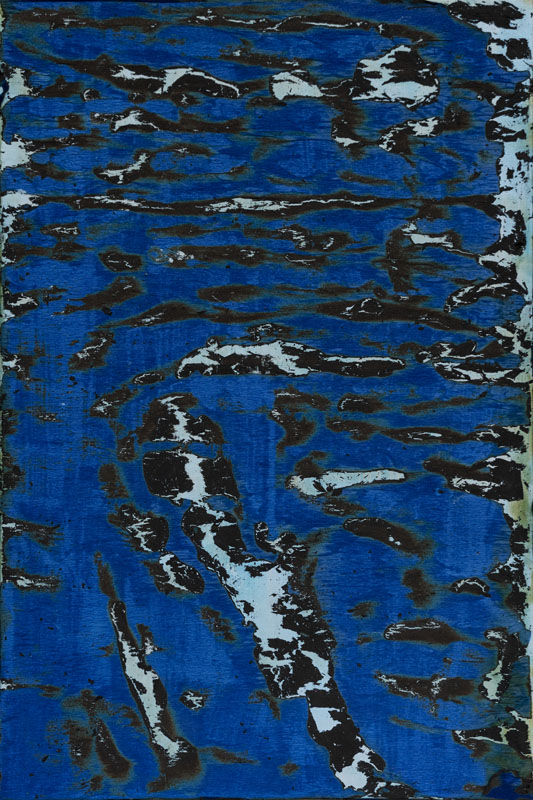 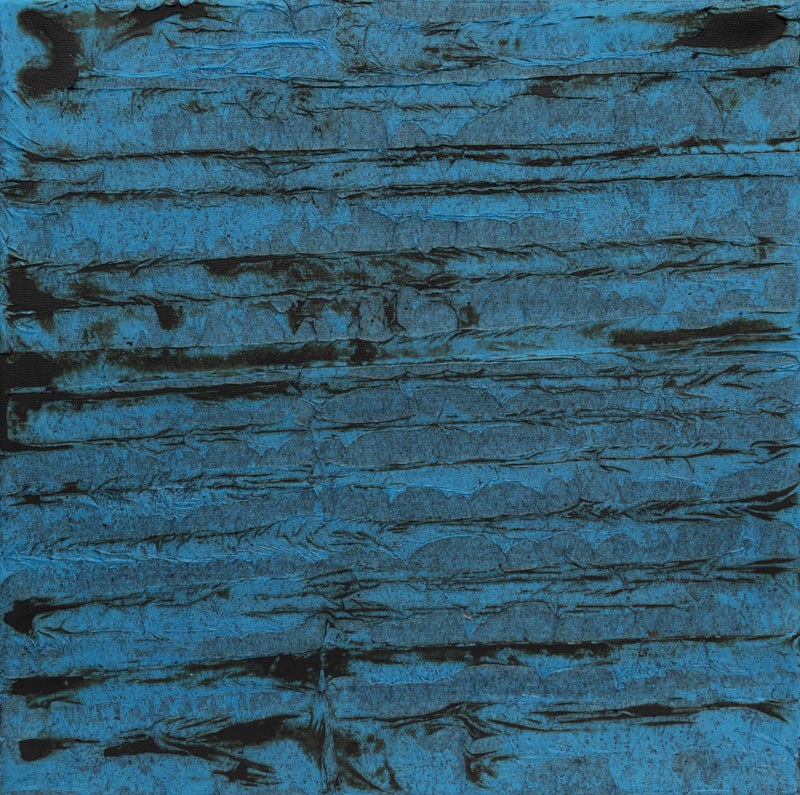 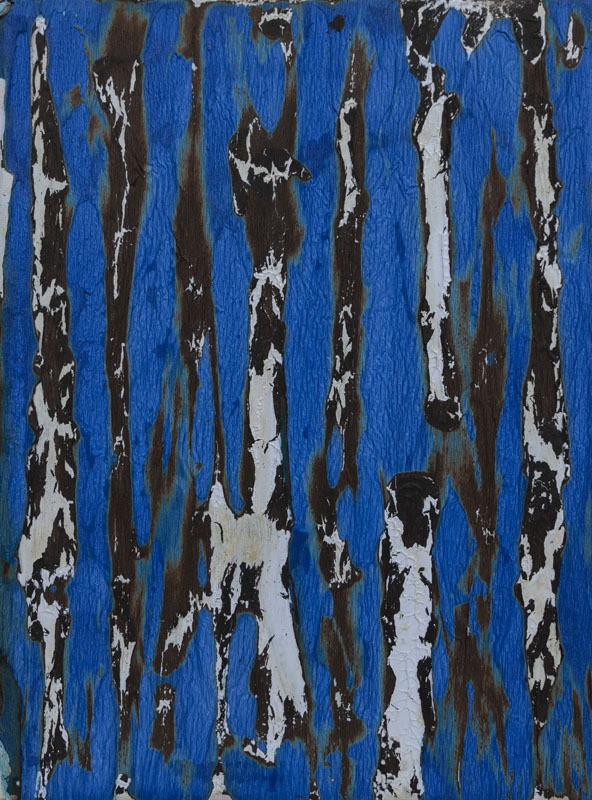 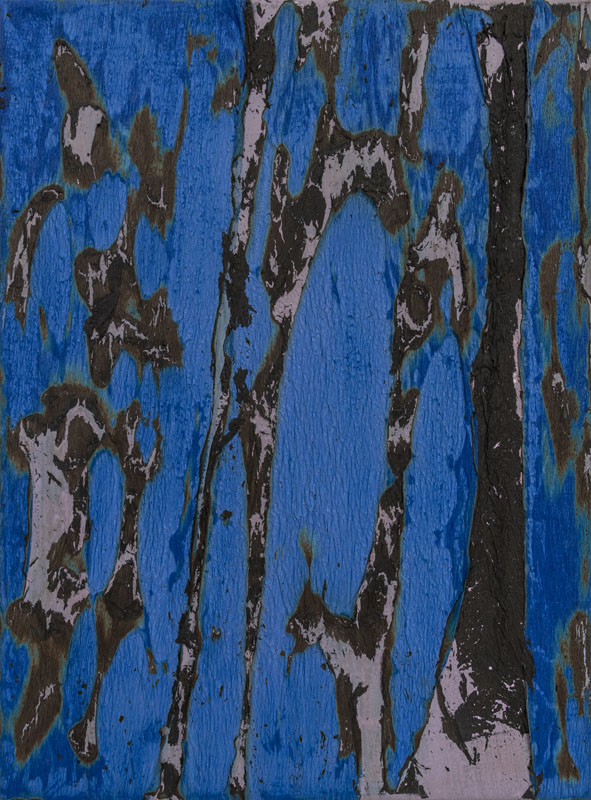 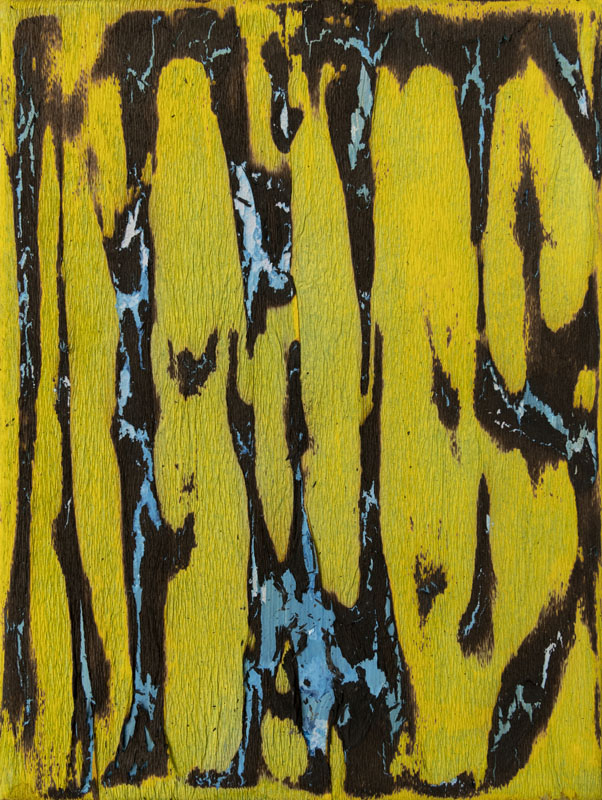 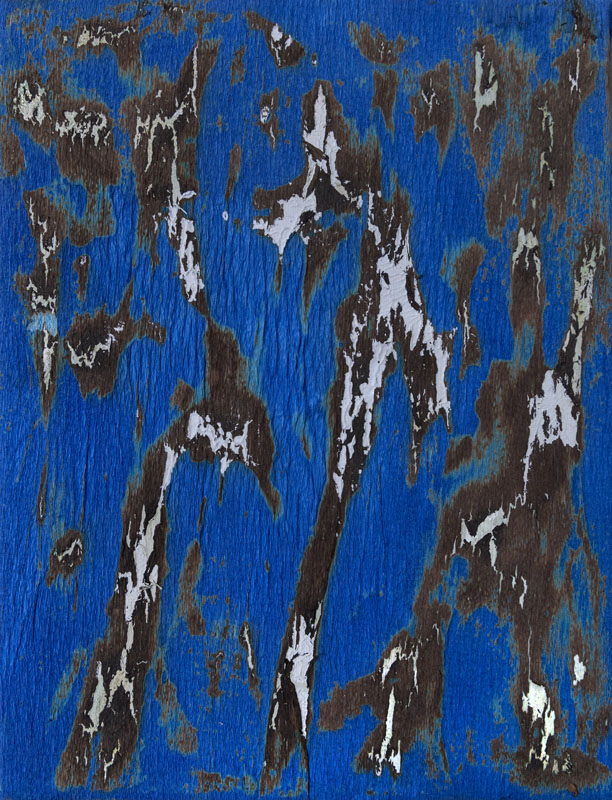 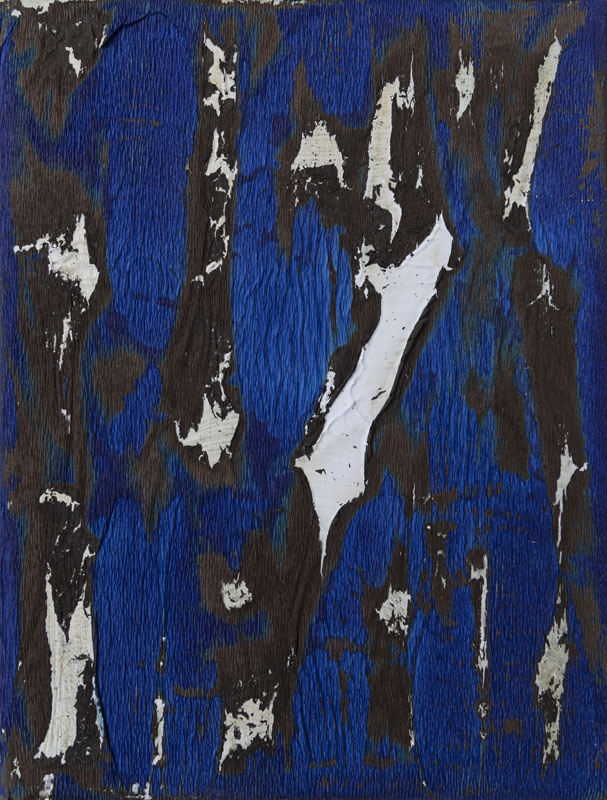 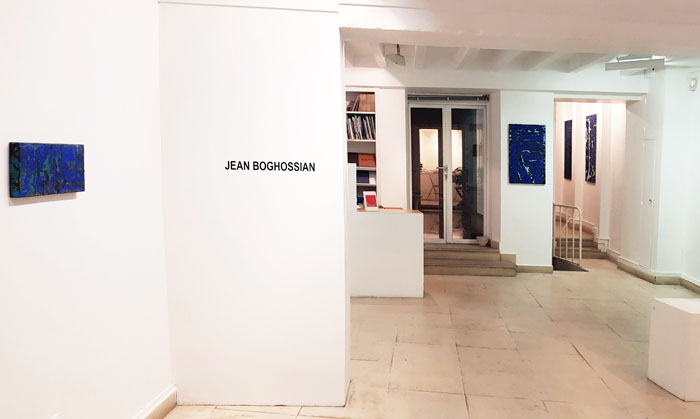 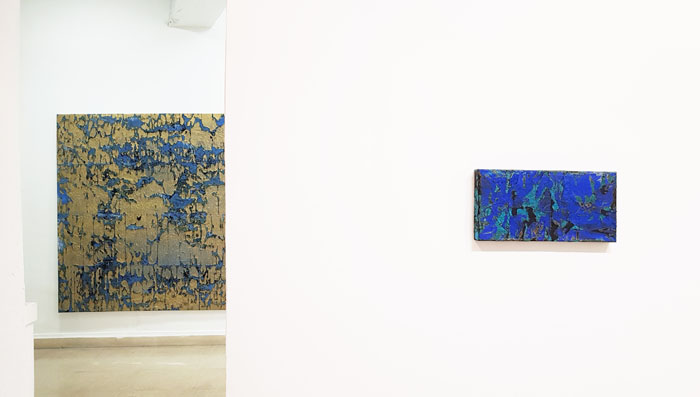 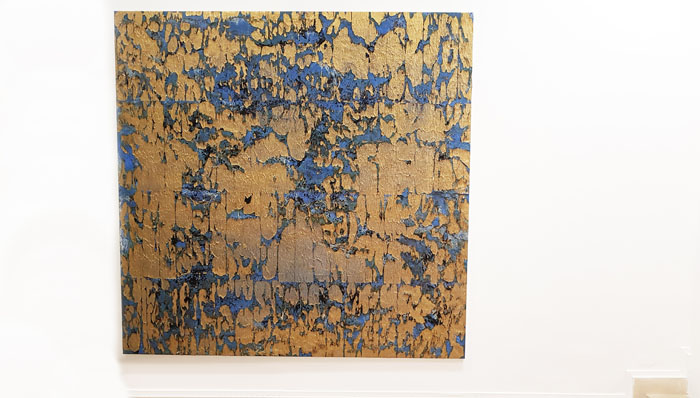 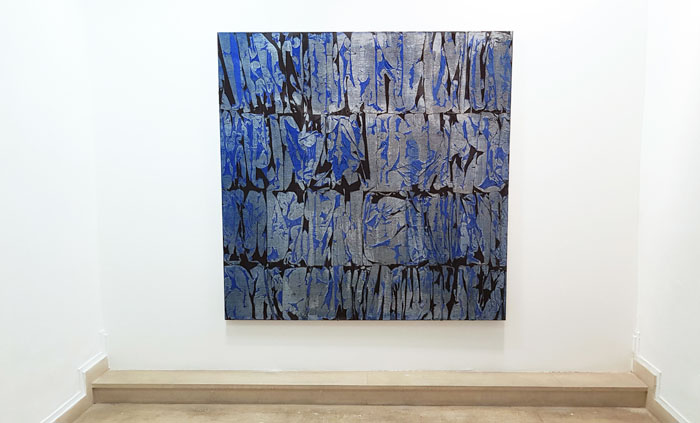 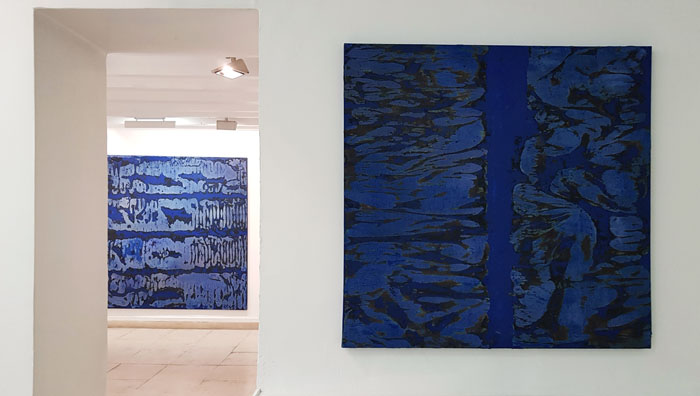 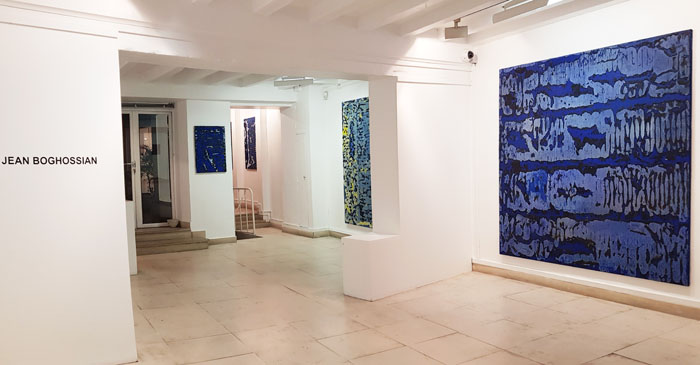 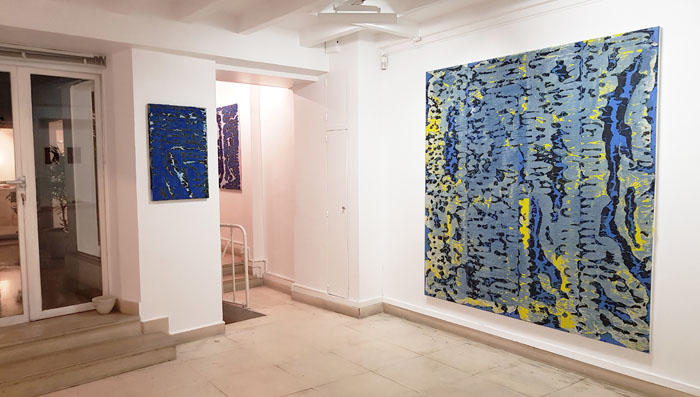 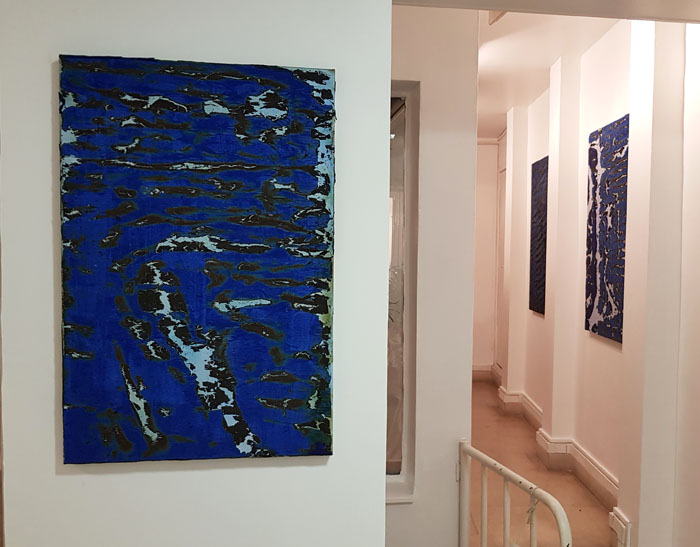 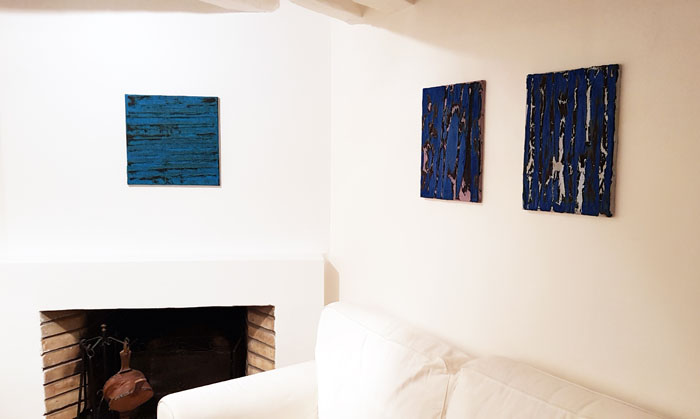 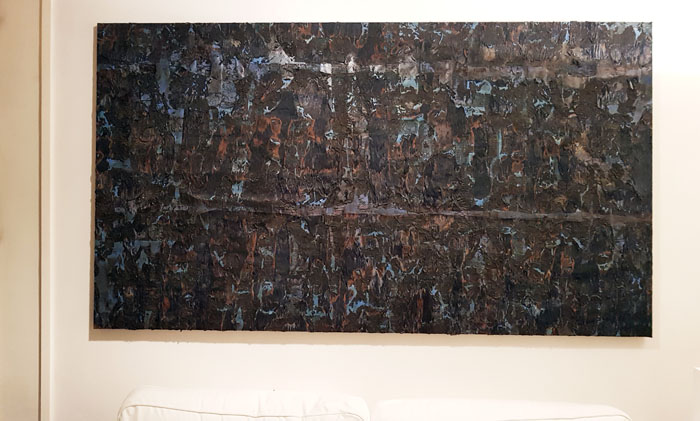 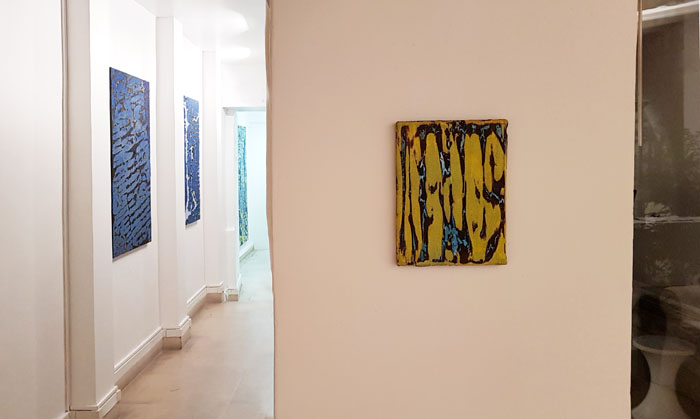 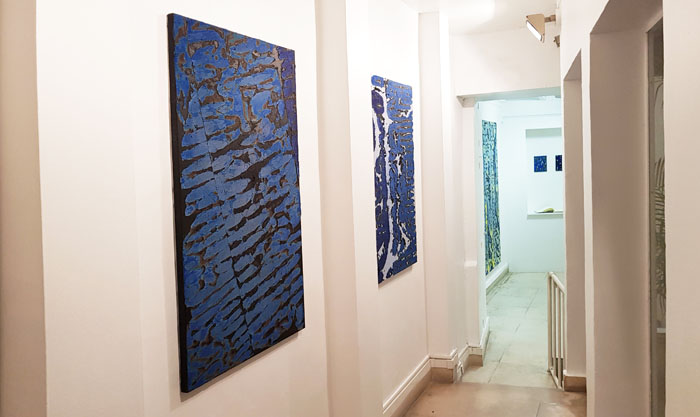 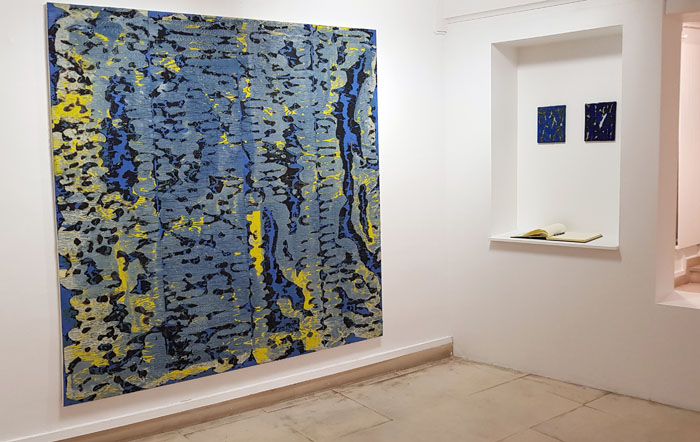 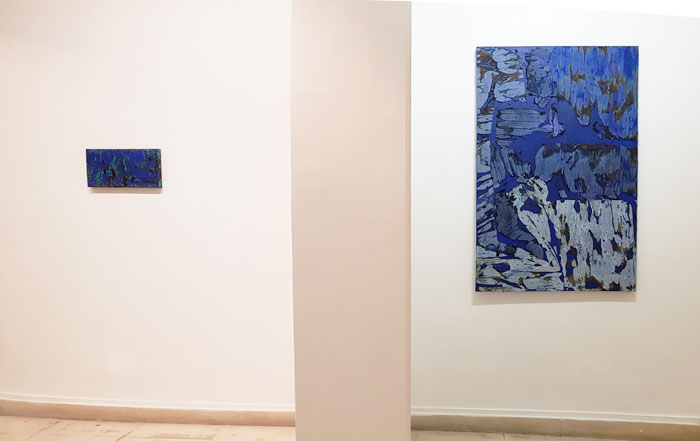