Artist-boxer-writer-adventurer, Philippe Perrin is particularly known for his spectacular large scale weapons: flick-knives, American punches, razorblades, revolvers “When an object or its image is made considerably larger, the primary message disappears leaving space to another message of identical form and different contents.” The warmonger side is stumped, and Perrin’s Colts, Lugers, Brownings, UZI and other machines of conquest and destruction, oversized and immobile, appear deprived of all their murderous potentiality and of the ambivalent relationship between fascination and repulsion that men keep up with weapons, letting place to their peculiar beauty, emphasized by the quality of the works, meticulously conceived by the artist.

Philippe Perrin equally captured, absorbed and transcribed in photographs and drawings the crime – organized or not – that actuality and medias impose daily, showing, not without humour, the part of the dream of power incarnated by weapons, as like as their potential of destruction. This is what can be seen on the walls of PIECE UNIQUE VARIATIONS Gallery: on the ground, the space is obstructed with barbed wire in cast aluminium, lines bristling with aggressive thorns made to slander the body of who refuses any injunction. This recalls the sculpture Heaven, shown in Paris during the White Night last October, that subverted both the thorns crown, placed in the middle of the Saint-Eustache church chorus, and the place itself, a sacred place like the Jerusalem Kingdom which emblematical cross is represented here by a ring. To remind that religion is also murderous.

At PIECE UNIQUE, seven ball cartridges of variable sizes respect the measures of the space where they are inserted, forming a front: first line of a fighting army or a skyscrapers seafront? 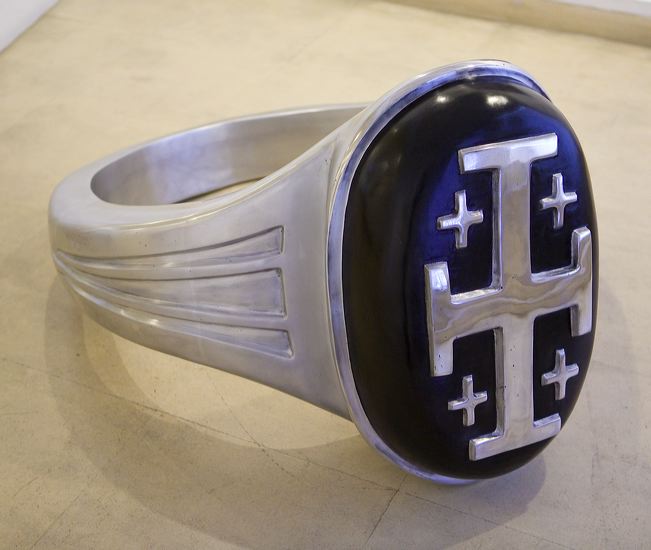 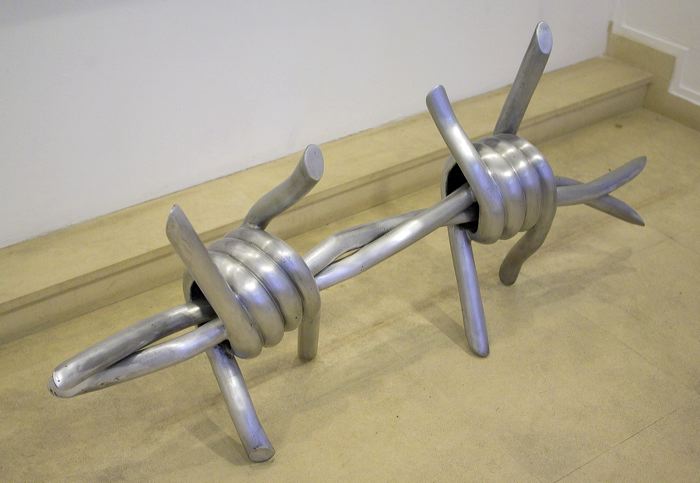 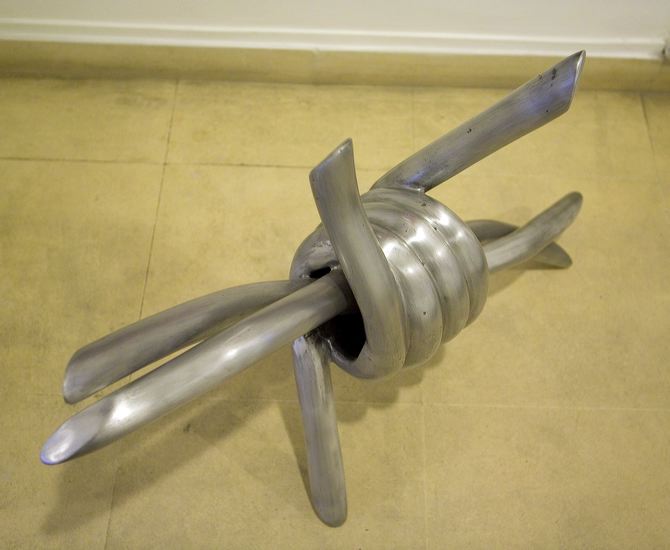 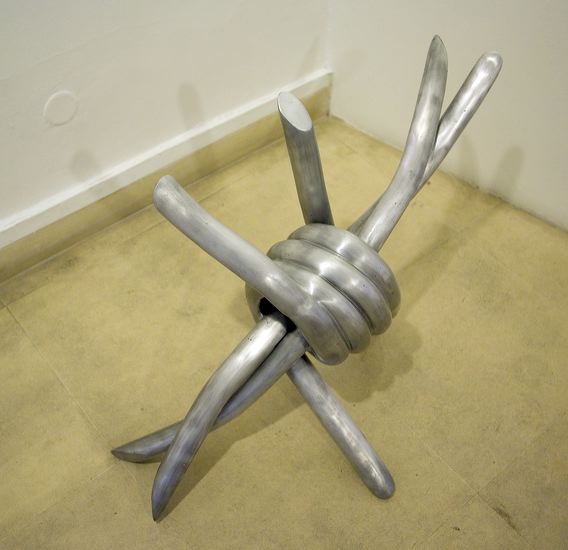 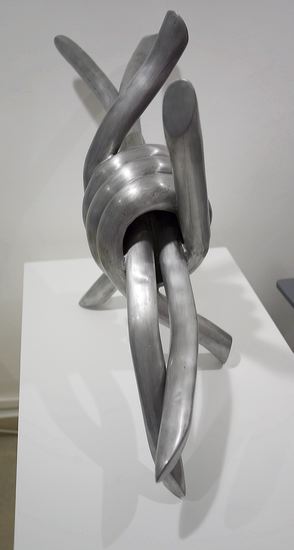 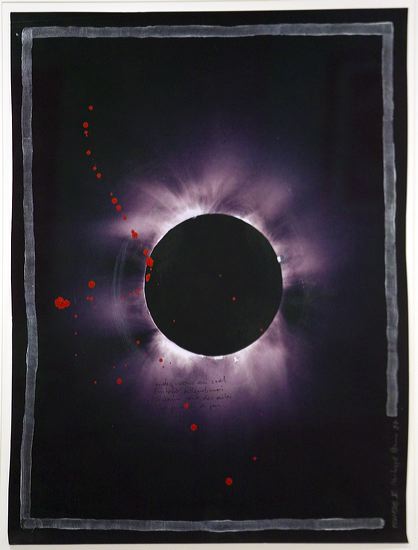 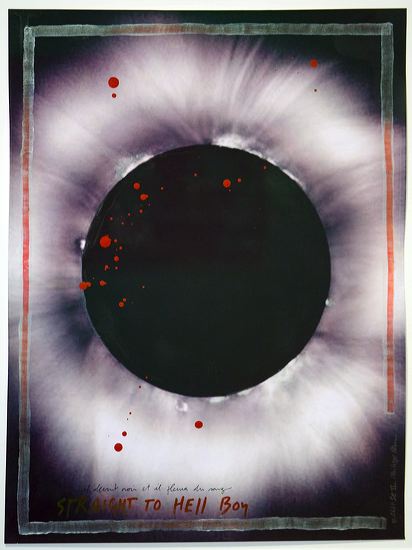 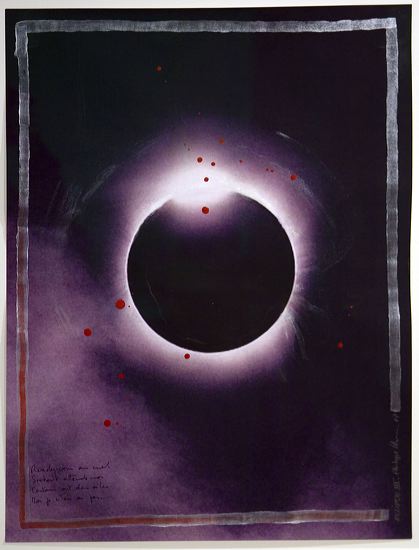 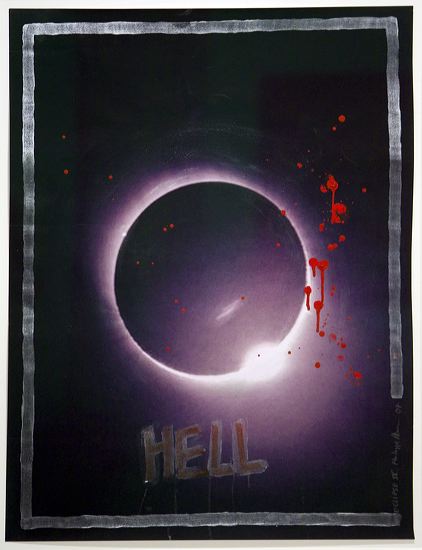 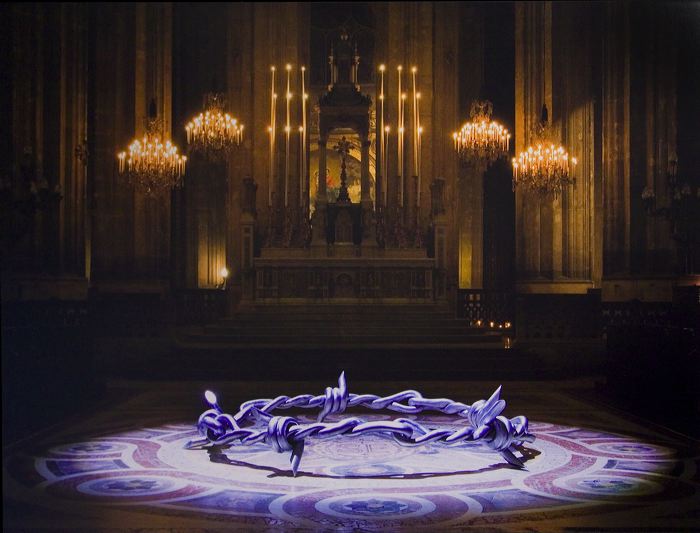 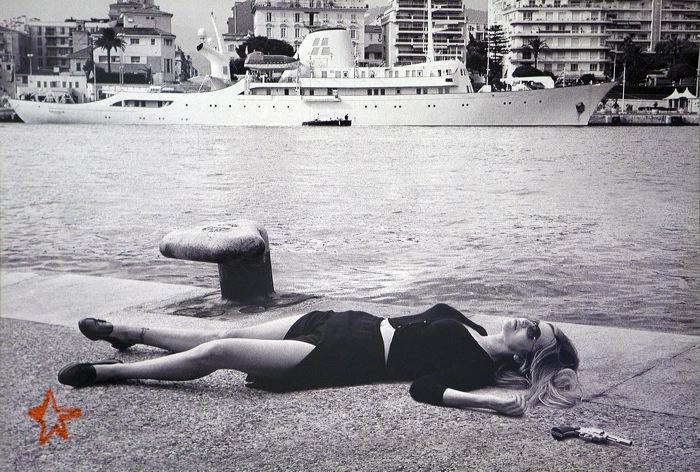 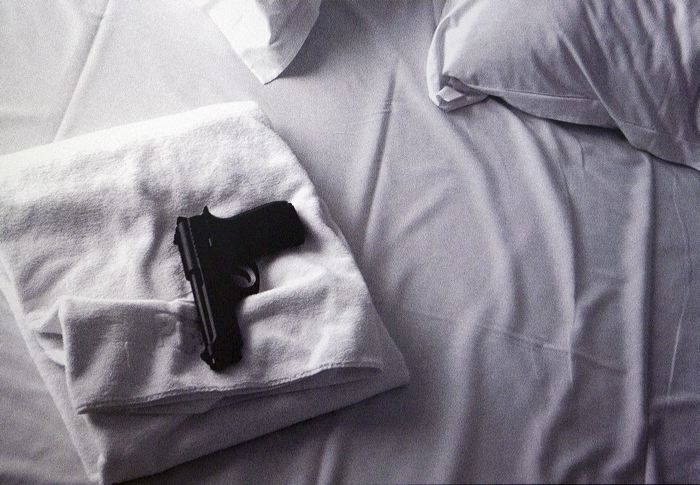 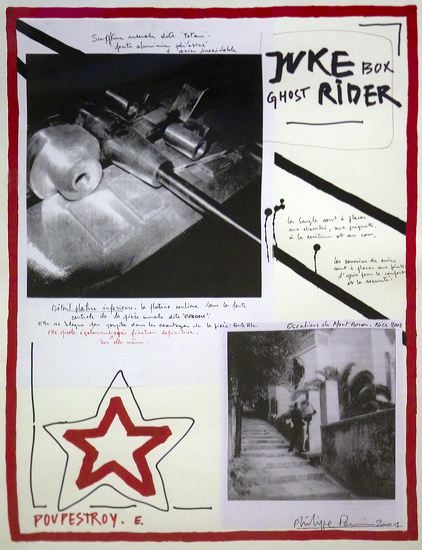 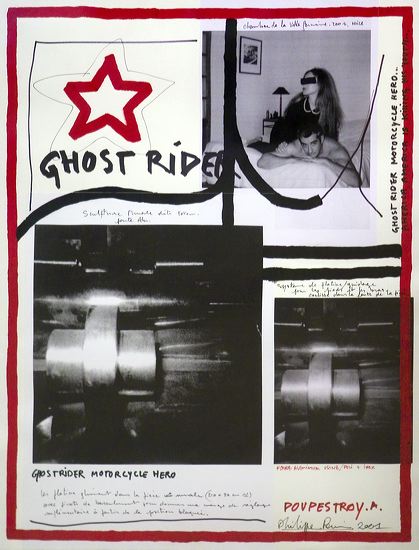 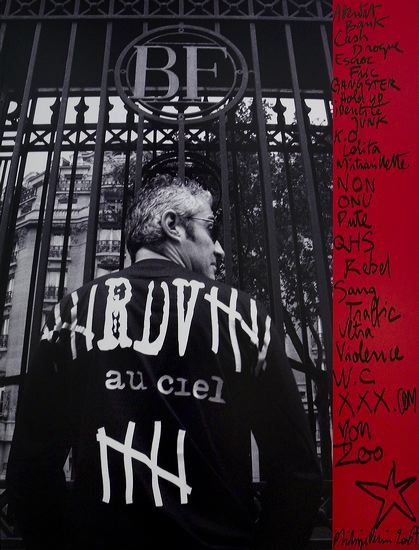 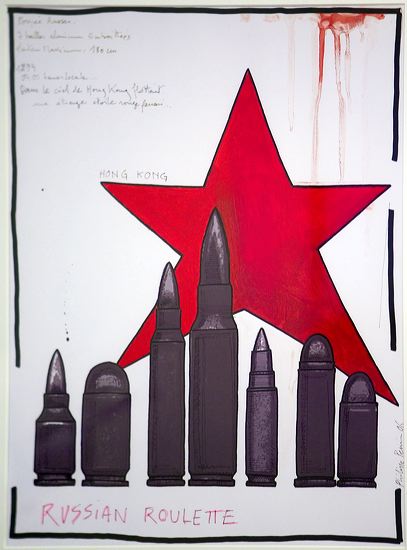 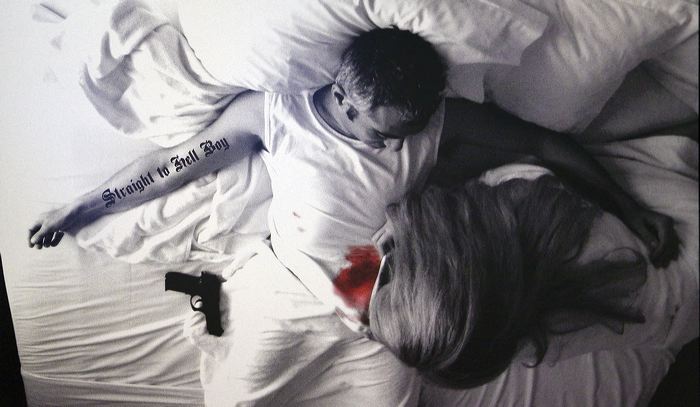 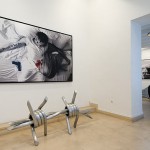 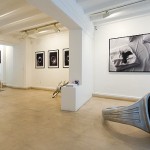 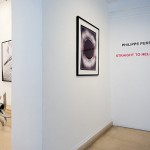 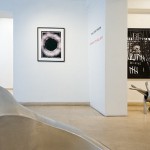 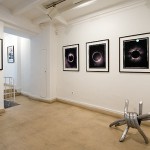 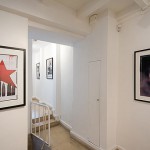 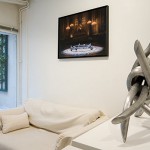