This painting brings together several themes that are familiar in Ra’anan Lévy’s work, including that of the self-portrait. It seems to illustrate the celebrated phrase Brunelleschi pronounced in Lorenzo the Magnificent’s Florence, « Ogni dipintore dipinge se » (« Every painter paints himself »); which also implies that every picture is an attempt to reach the part of the unknown that Levy is constantly striving for. This particular work is monochrome, with contrasts in black and white that evoke the tone of an engraving, while the play of shadow and light allows the artist to depict his inner states. The unease, fearfulness and stupor that can be seen on his face refer back to another question, as though he were surprised by his reflection in a mirror, and did not recognise himself! Sparkling light scintillates behind him, pouring forth like a river tracing out a geography of paint pots. The composition then reverts to the classical form of the face-landscape, though the window that normally opens up onto the world of ancient painting has become the disorder of the studio, all of whose guiding threads lead to the monumental, nude figure of the painter, with a huge forehead. He is a prisoner of his scale, like Jonathan Swift’s Gulliver; if he grasped one of his paint pots it would seem ridiculously small. Inhabiting two scales of magnitude, and perceiving the world from each of these viewpoints, constitutes another of the themes that were already strongly present in his previous works. The pots of pigment are in unstable equilibrium, but in fact it is the entire composition that seems to vacillate, with a certain fall awaiting the vessels, one of which is on the point of tipping its contents over the artist’s head. As a symbolic image of precarious balance, L’atelier de Gulliver is an attempt to reconstruct the pictorial space that was irremediably subverted by the lesson Cézanne handed down. Faced with the visual debacle suggested by the overturning of classical perspective, the studio is filled with a proliferation of details, leading to the observation that it is no longer possible for painting to construct an organised image of the world. Hence the anxious, tormented look that can be seen on the painter’s features, given the immensity of the task to be accomplished.” 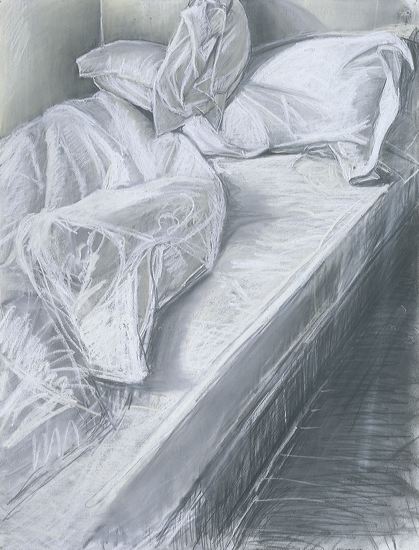 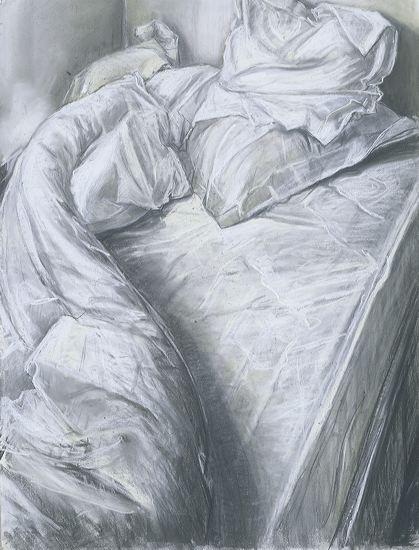 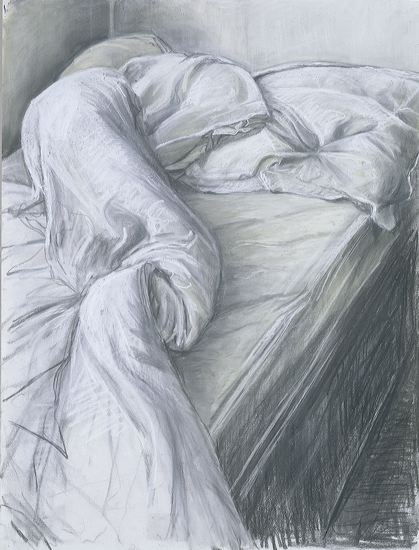 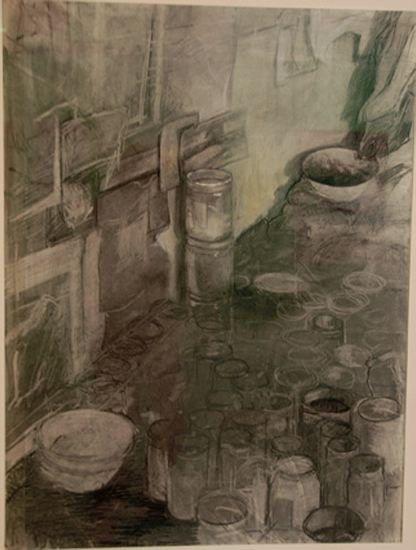 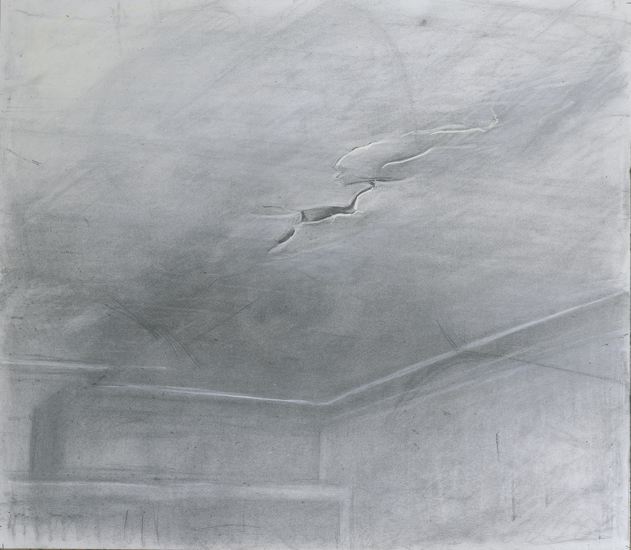 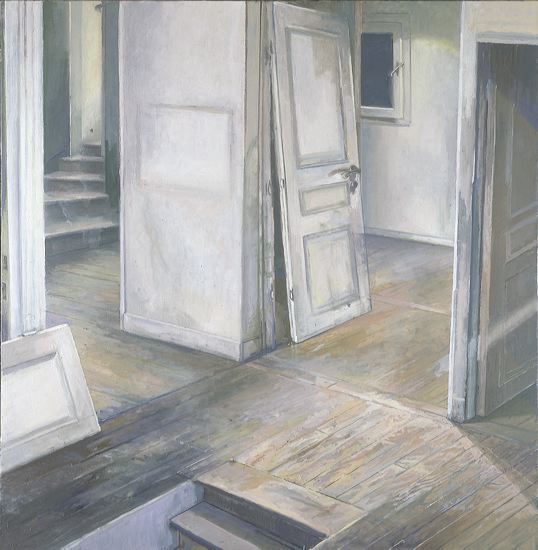 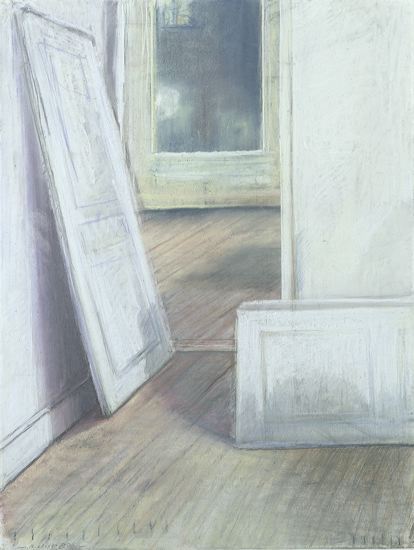 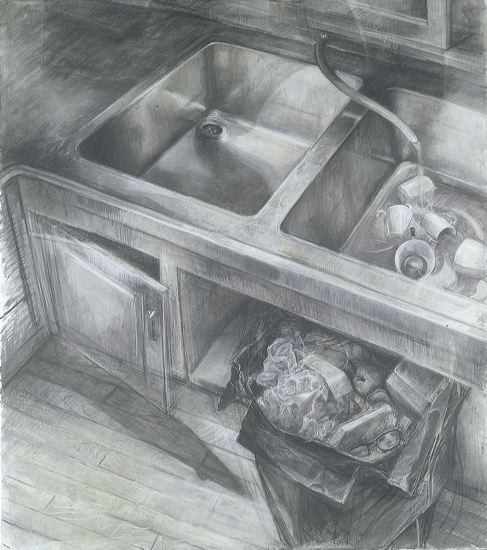 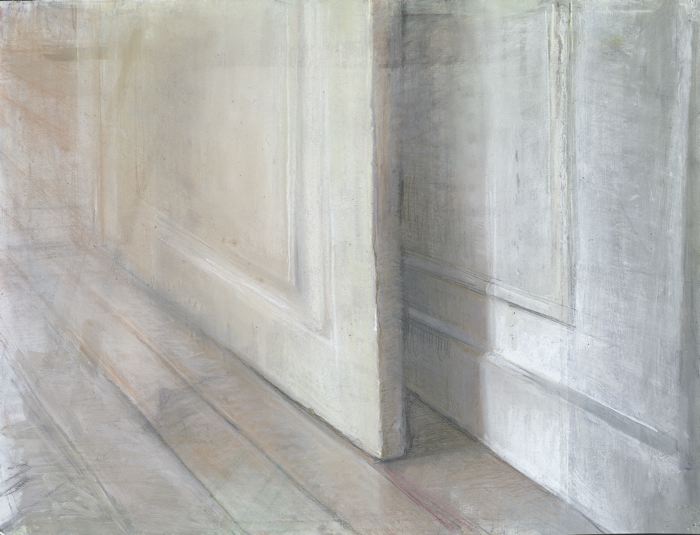 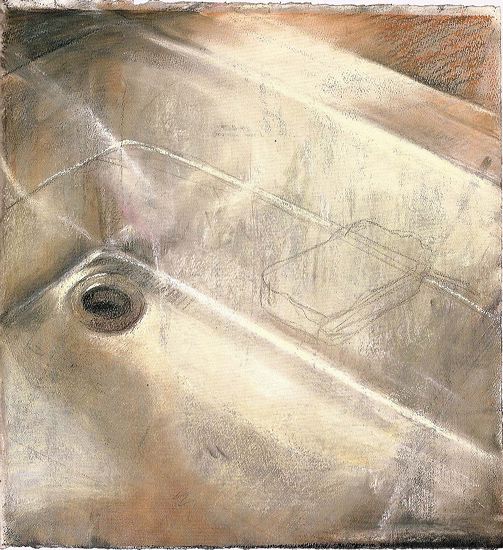 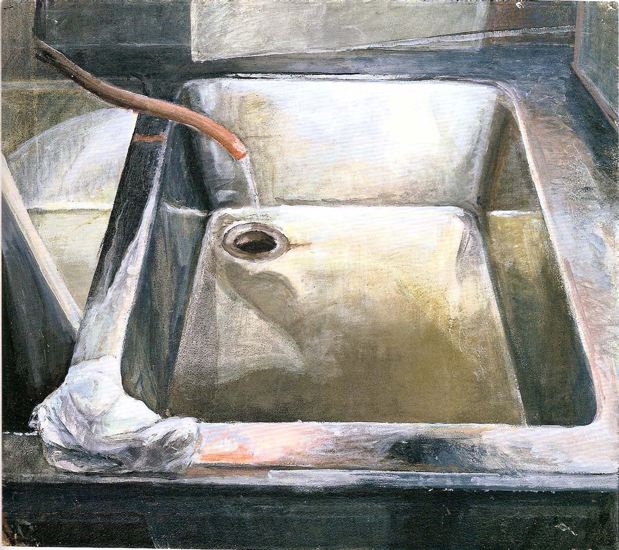 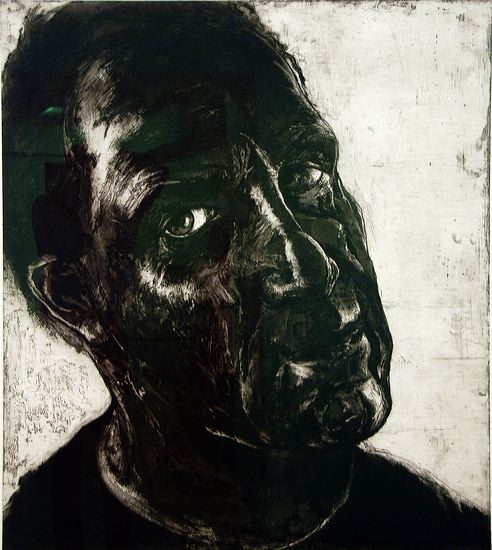 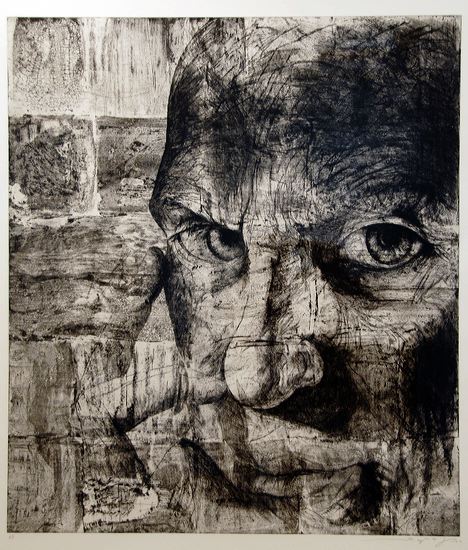 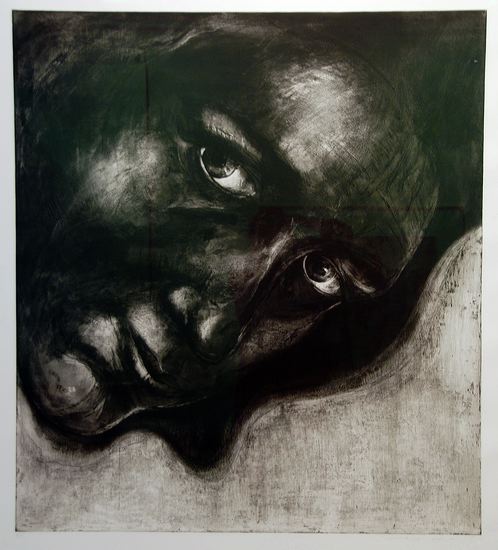