Tunga (Antonio José de Barros Carvalho e Mello Mourão) initially architect, is a major artist of the Brazilian contemporary art scene. He has participated in the most important international artistic shows and, in France, his works has been exhibited at the Galerie Nationale du Jeu de Paume, at the Fondation Cartier, at the Lyons Biennal and at the Musée du Louvre.

Mainly known for his sculptures, Tunga also combines together installations, performances, drawings, poetry and video. His artistic universe which feeds on various disciplines such as literature, philosophy, psychoanalysis, sciences or theater reminds alchemic processes from which Tunga often takes inspiration. Alchemy is for him both the verb and the traditional human work on mineral.

The artwork Vers la Voie Humide (towards the wet way) presented at the gallery Piece Unique invites to an experimentation of transformation. Its iron portal with two entrances is the place of operations where the elements of an experiment are registered. A big crystal phial is inlayed in a quantity of magnets which blocks one of the entrances; the light is slightly magnetized by the magnets, and fills the phial with its invisible mask. The rock crystal which crosses the entrance of the portal is hanged by external links like a pendular puppet.

To look at Vers la Voie Humide leads to operate successive transformations by combining these elements. The crossing of the portal involves to work on their dissolution and check their drinkability until their remarriage.

So, by appreciating it this way, we shall mix inevitably mental processes with the physical experiences which are proposed here.

The collateral effects of the artwork are shown at the gallery Piece Unique Variations in the form of watercolours on paper. Their naming « phanographies » illustrates the way they have appeared :

they have leaked out and captured the possible energy perceptions of the exhibited work, and are consequently the tangible evidences of a raid Towards the Wet Way. 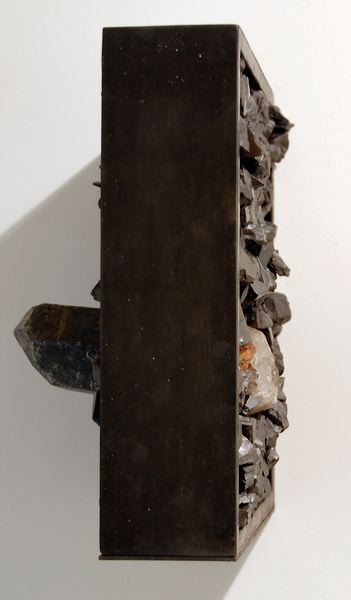 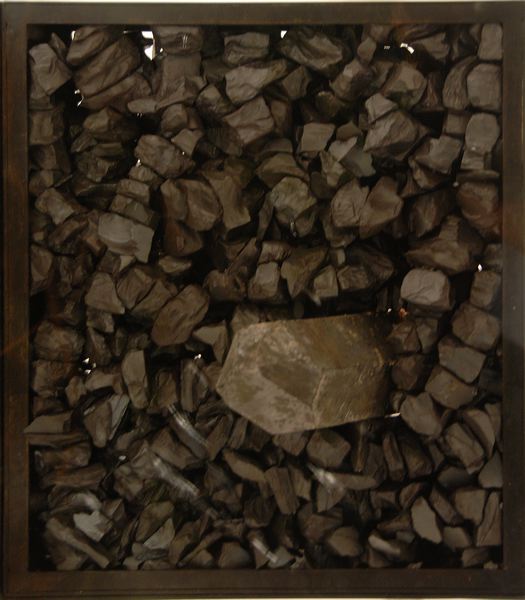 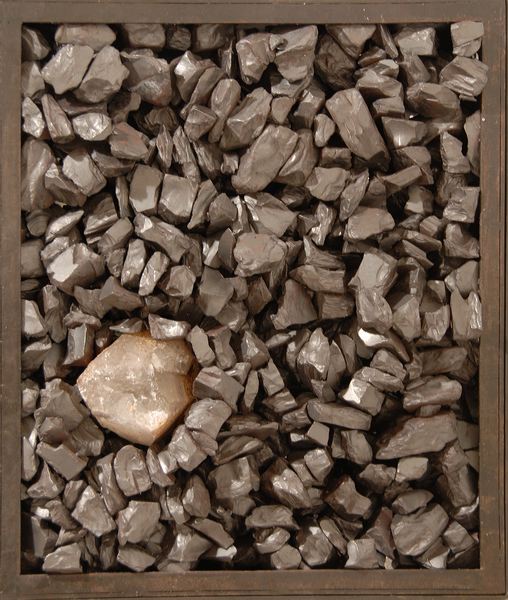 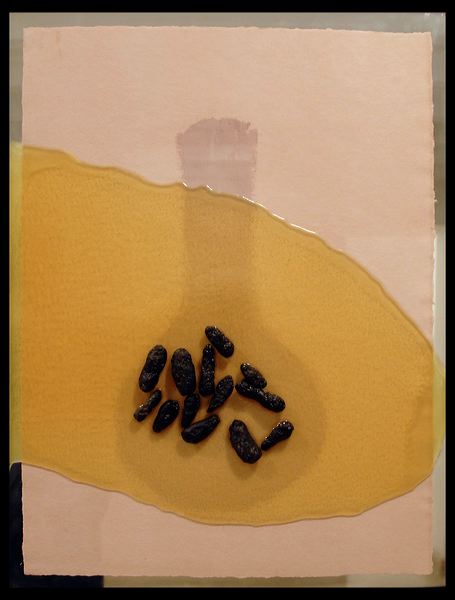 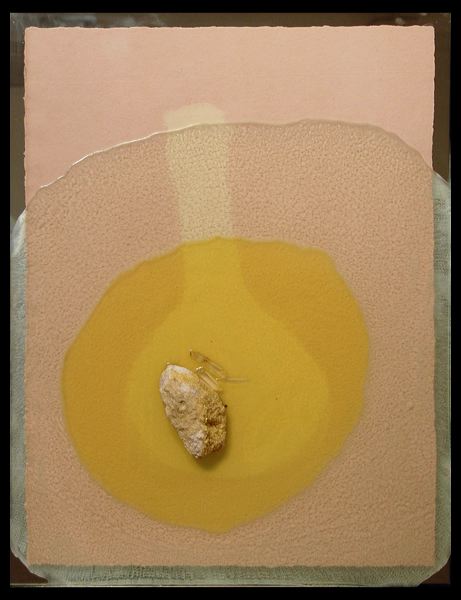 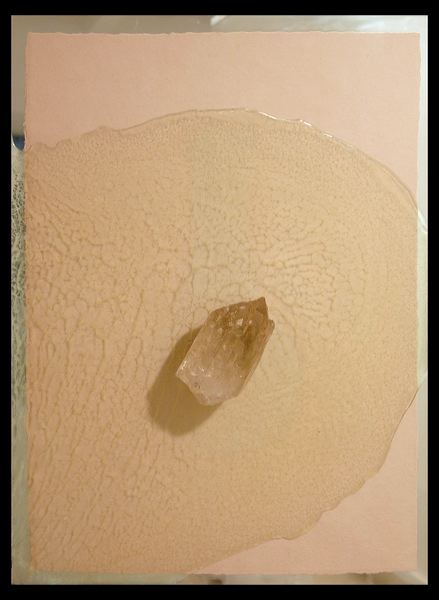 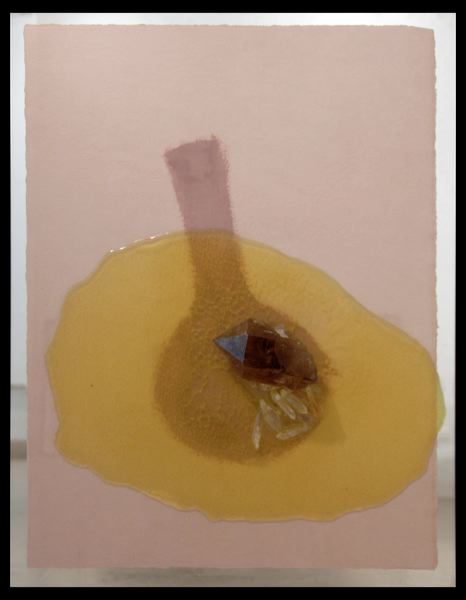 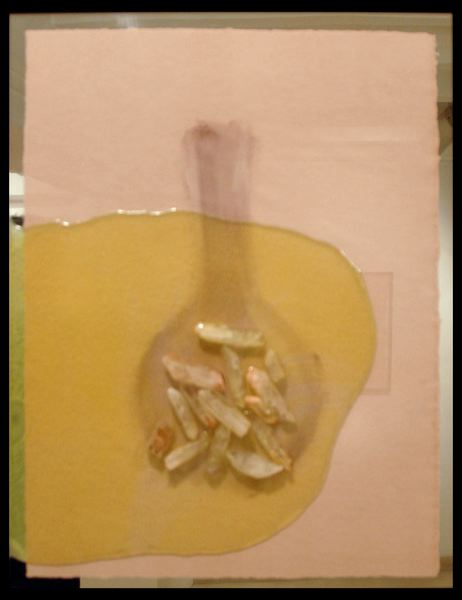 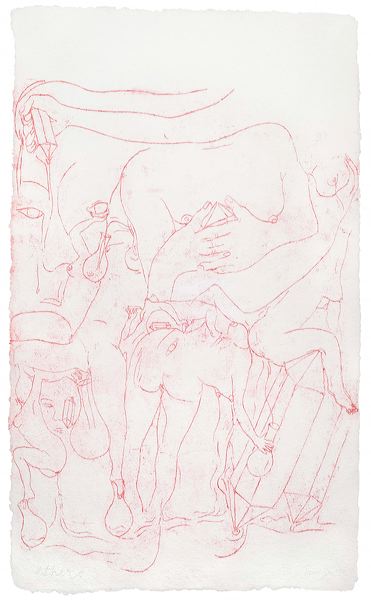 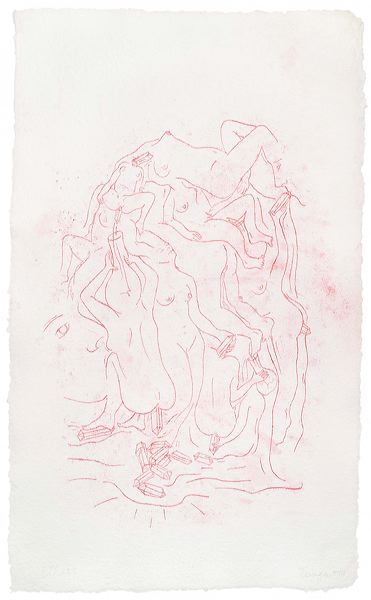 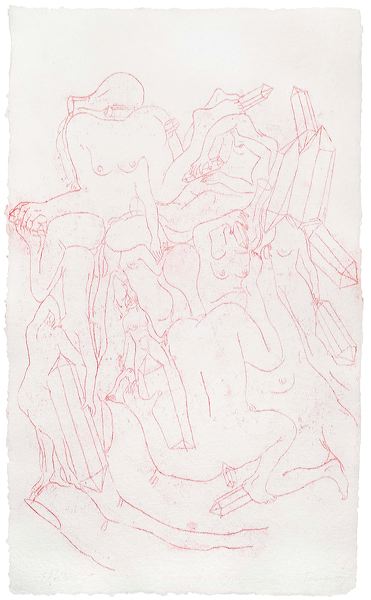 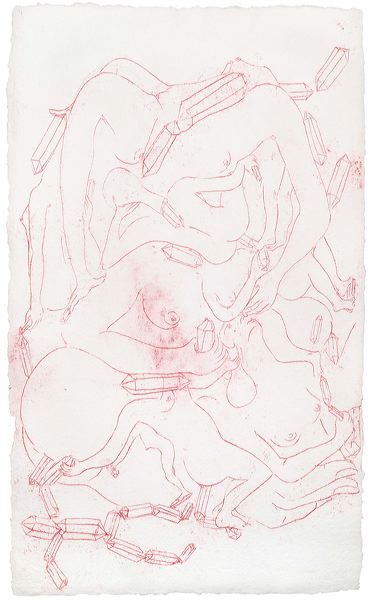 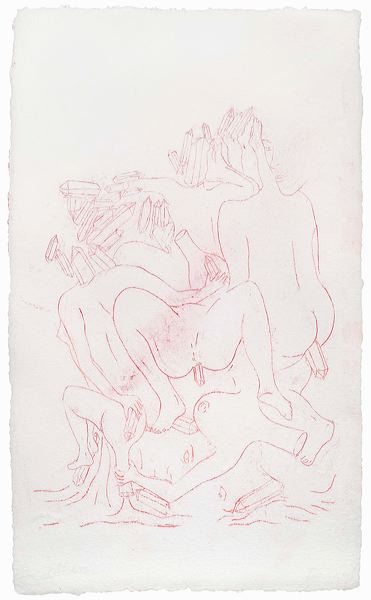 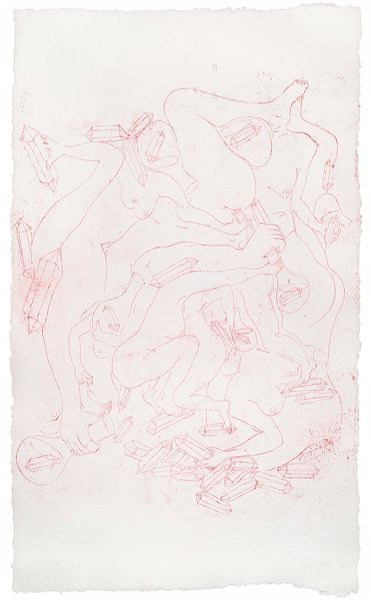 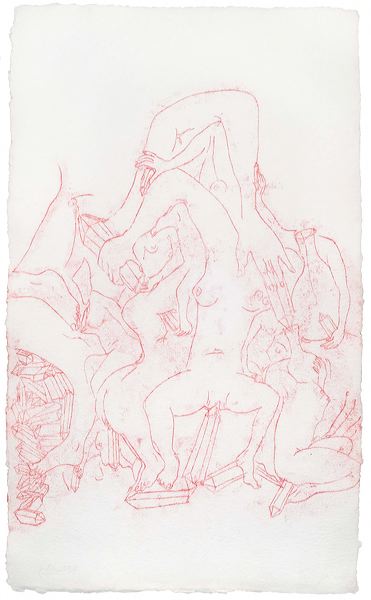 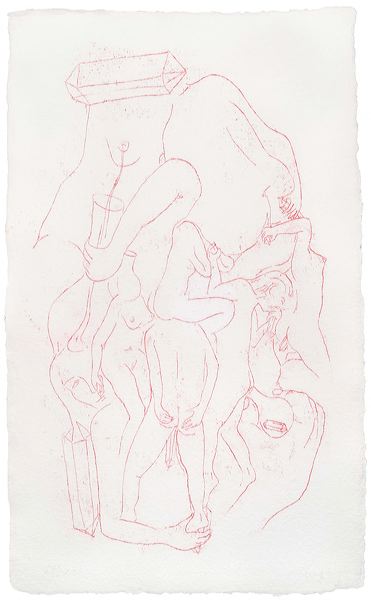 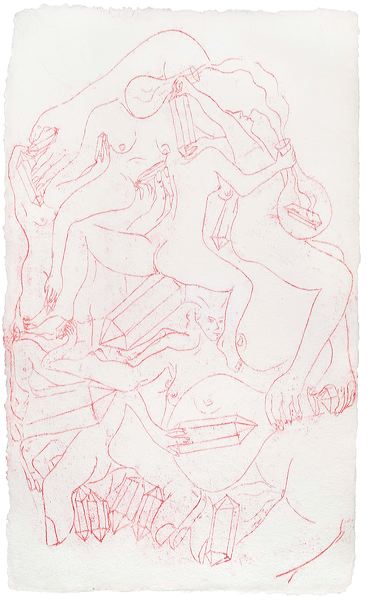 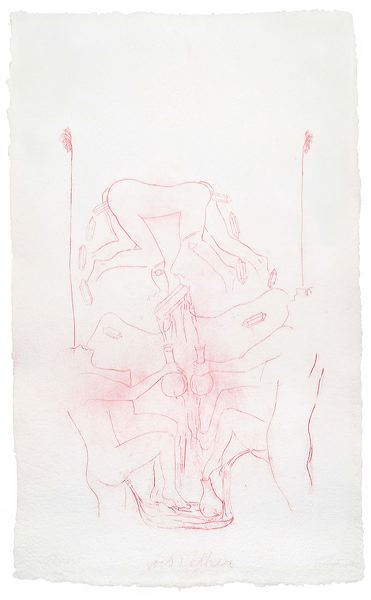 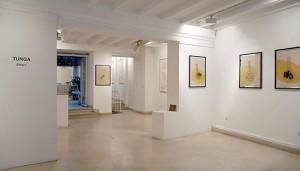 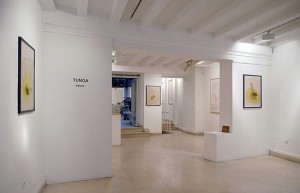 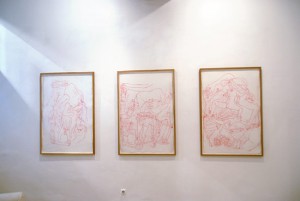 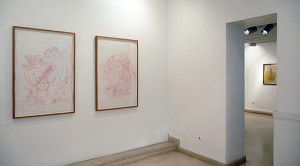 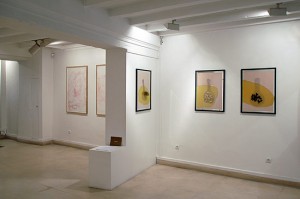 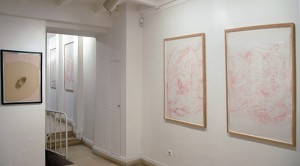 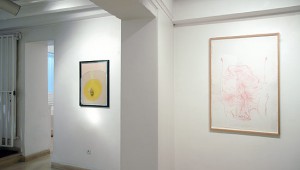 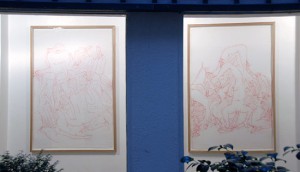 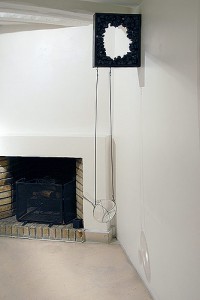 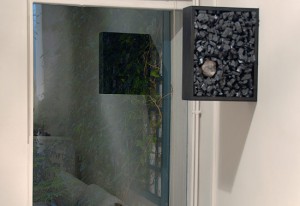 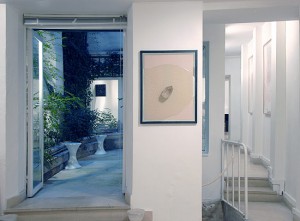